Turkey's foreign minister had a meeting with the leader of Iraqi Front for National Dialogue in Ankara. 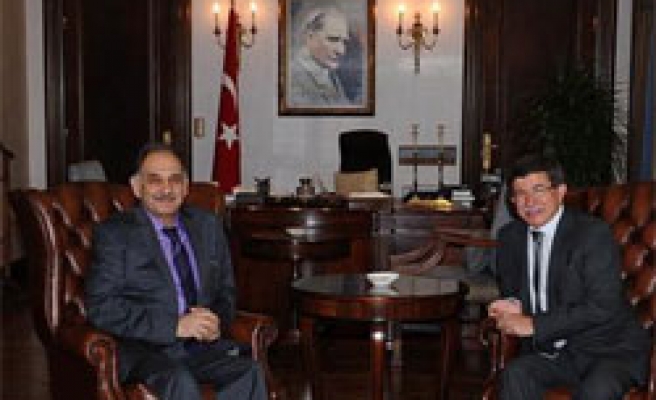 An Iraqi Sunni politician within former Iraqi Prime Minister Iyad Allawi's election-winning bloc met with President Abdullah Gül and Foreign Minister Ahmet Davutoglu in Ankara on Monday as Iraq's crisis over the formation of a new government shows no sign of easing.

Saleh al-Mutlaq, who heads Iraq's second-largest Sunni party, made no statement after his meeting with Davutoglu in Ankara. The Iraqi Front for National Unity leader is one of many Iraqi political leaders who has had talks in Ankara recently as Iraq has been trying to form a government five months after parliamentary elections.

Turkey supports the establishment of a broad-based government in neighboring Iraq and believes that the Sunnis should not be left out of the political scene so that stability can take root in the war-torn country. Foreign Ministry sources say Turkey is maintaining an equal distance from all Iraqi groups.

Allawi's cross-sectarian al-Iraqiyya coalition won the March 7 elections by a narrow margin. Government formation efforts have failed to make any progress since then. Davutoglu has met several times with leaders of Iraqi political groups to facilitate government formation efforts. He most recently met with a group of Turkmen parliamentarians from the Iraqi parliament in Ankara last week.