"The Tunisian and Turkish parties have affirmed that Tunisia represents a successful model of some Arab Spring countries," Ennahda party said in a statement on Tuesday. 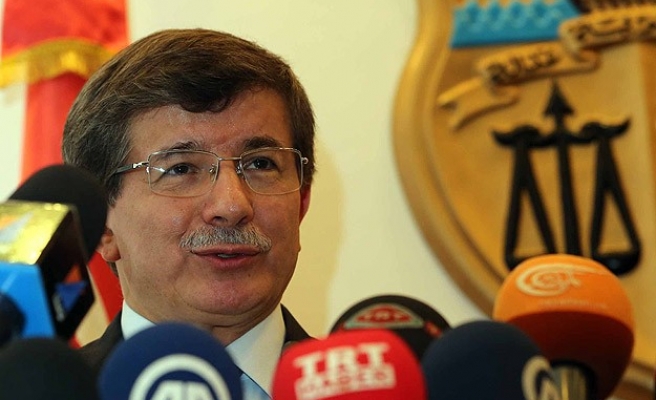 "The Tunisian and Turkish parties have affirmed that Tunisia represents a successful model of some Arab Spring countries," Ennahda party said in a statement on Tuesday.

Speaking during a meeting with Tunisian Prime Minister Mehdi Jomaa, Davutoglu reiterated his confidence in the ability of the Tunisian government to render the country's democratic transition a success.

After meeting with Tunisian President Moncef Marzouki on ways of bolstering bilateral cooperation, Davutoglu reiterated Turkey's desire to foster cooperation and partnership with Tunisia in all fields.

"Tunisia’s economy and development can not be achieved without help from friendly nations with Turkey being at the forefront,” Mustafa Ben Jaafar said during a meeting with Turkish Foreign Minister Ahmet Davutoglu on Tuesday, according to an NCA statement.

“Turkey has stood by the Tunisian people from the beginning of the revolution until now,” Ben Jaafar said.

Ben Jaafar also assured the top Turkish diplomat that the elected legislature will speed up the process of ratifying the anticipated electoral law.

The Turkish Foreign Minister also praised the “consenual spirit of political actors and civil society members in Tunisia,” following the approval of the country’s new constitution which won international recognition.