Turkey, which had forged close ties with Assad, has grown increasingly alarmed by the spiralling death toll in Syria. 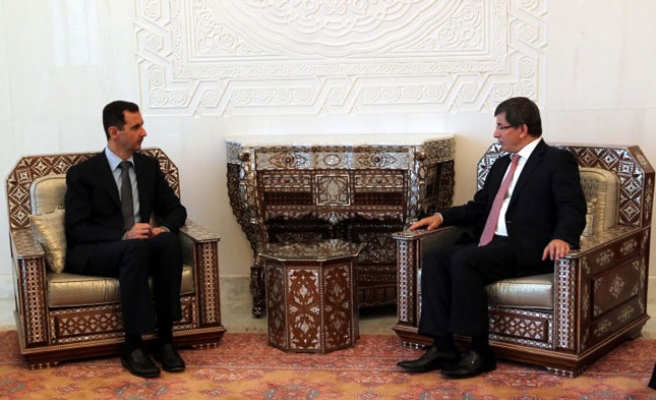 Turkish Foreign Minister Ahmet Davutoglu arrived in Syria on Tuesday to give President Bashar al-Assad a robust message about the need to halt a military assault on protesters.

Turkey, which had forged close ties with Assad, has grown increasingly alarmed by the spiralling death toll in Syria and has sought to pressure him to end the violence in which rights groups say at least 1,600 civilians have been killed.

But an adviser to Assad said at the weekend that Syria would not accept interference in its internal affairs and criticised Turkey for ignoring the role of armed groups which Damascus says are behind the unrest.

"If Davutoglu is coming to Syria to deliver a decisive message, then he will hear even more decisive words in relation to Turkey's position," Bouthaina Shaaban said.

Syria has faced nearly five months of protests against Assad's 11-year rule, inspired by Arab revolts which overthrew leaders in Egypt and Tunisia earlier this year.

Last week Assad sent troops and tanks to quell the city of Hama in central Syria and the army launched a similar assault on Sunday against the eastern city of Deir al-Zor.

Turkish Prime Minister Tayyip Erdogan has described the Syrian uprising as a domestic issue for Turkey, because of their 850 km (530 mile) shared border.

In June, after more than 10,000 Syrians fled to Turkey to escape attacks by security forces, Erdogan said the killings of Syrian civilians were acts of savagery.

Syrian authorities say armed groups have killed 500 soldiers and police since the uprising erupted in March.