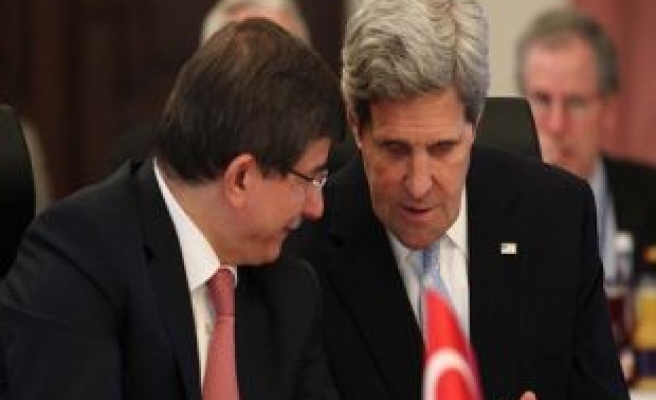 Foreign Minister Ahmet Davutoglu of Turkey held a phone conversation on Wednesday with US Secretary of State John Kerry.

Kerry reportedly informed the Turkish minister about the Syrian draft resolution which is to be presented to the UN Security Council.

Davutoglu also informed the US Secretary about the Syrian helicopter which was shot down by Turkish fighter jets after a violation of Turkish airspace on Monday, said diplomatic sources.

During the call, developments on the Syrian issue were evaluated in detail as well as the UN investigation report over the use of chemical weapons in Damascus on August 21.

Meanwhile, Davutoglu condemned the "mass shooting" in the Washington Navy Yard on Monday, conveying his condolences for those who lost their lives in the attack.

Davutoglu and Kerry agreed to be in close communication and coordination over the following days, added the sources.