Regarding a group of 48 Iranian nationals who have been kidnapped in Syria, Davutoglu said he pledged to help the Iranians. 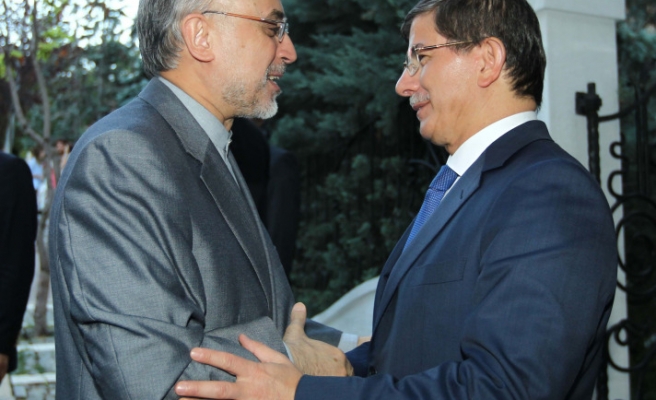 "There are disagreements between Turkey and Iran over the Syrian crisis for which the Syrian regime bears the whole responsibility. It is our right to expect Iran to assume a constructive attitude in the face of the blood of Muslims spilled in Syria in the holy month of Ramadan. Blaming Turkey or other countries would produce no positive result," Foreign Minister Ahmet Davutoglu told reporters before leaving for Myanmar.

Davutoglu's remarks were made in reaction to statements by several high level Iranian officials over Turkey including one made by Iran's chief of general staff, Hasan Fruzabadi, in which he held Turkey, Saudi Arabia and Qatar responsible for bloodshed in Syria. Fruzabadi's statement was posted on Iranian Revolutionary Guard's website on Tuesday.

Davutoglu said he conveyed Turkey's uneasiness to his Iranian counterpart Ali Akbar Salehi during a meeting on Tuesday in the Turkish capital, adding, "and I have made perfectly clear to Salehi that Iranian officials should seriously filter their statements before making them."

Regarding a group of 48 Iranian nationals who have been kidnapped in Syria, Davutoglu said he pledged to help the Iranians.

"We would not spare any kind of help so that those kidnapped in Syria return to their families. When the issue is a humanitarian one, we would make all kinds of contributions anywhere in the world," he said.