Turkey's Foreign Minister Ahmet Davutoglu said "Turkey's relations with Kurdish Regional Government will continue to improve. We are ready to strengthen dialogue with everyone." 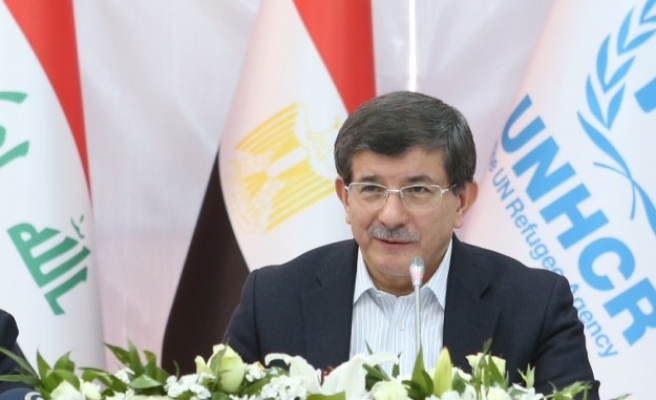 Turkey's Foreign Minister Ahmet Davutoglu said in a conference in Iraq that there are no homogeneous states or societies and it is important to respect different beliefs whether Sunni or Shiite, considering the current situation in the country.

Greeting participants at the ‘Sulaymaniyah Forum’ in Kurdish, an event hosted by the American University of Iraq, Davutoglu also talked about Middle Eastern countries' policies.

"The Arab Spring should be an opportunity for Middle Eastern countries. Nobody can stand against a new generation's demands," he said.

The minister also said: "There are some countries in the Balkans, in Asia and in Africa that unfortunately cannot involve their people in their countries' political process. As Turkey, we do not just involve our people in this process, we also want all Middle Eastern countries to be a part of Turkey's vision. It is wrong to object to a group or a sect".

Referring to latest developments in Ukraine, Davutoglu said Turkey wanted to see the success of all parties to the conflict and that the Crimean crisis should not be regarded as a race between Russia and Western countries.

The Foreign Minister also conveyed get-well-soon wishes to Iraq's president, Jalal Talabani, who suffered a stroke over a year ago.

Iraq’s Foreign Minister Hoshyar Zebari welcomed Davutoglu's greetings in Kurdish, saying: "We can see how much Turkey has improved throughout the years", referring to the Kurdish-speaking Turkish MP, Leyla Zana, who was imprisoned after taking her 1991 parliamentary oath in Kurdish.

After the conference, Davutoglu stated: "Turkey's relations with Kurdish Regional Government will continue to improve. We are ready to strengthen dialogue with everyone," via his official Twitter account.