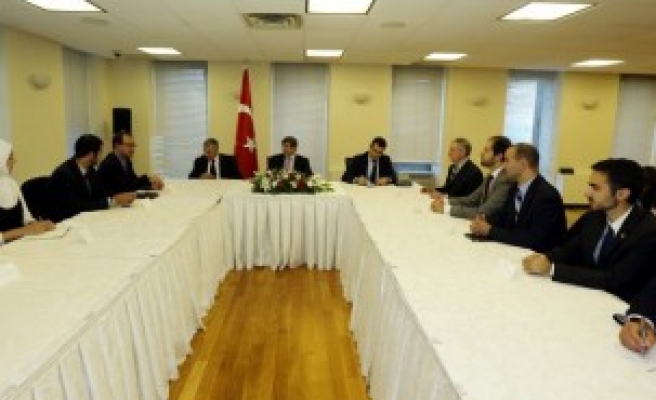 Turkish Foreign Minister Ahmet Davutoglu has warned against the possibility that extremist groups such as al-Qaeda might dominate the fractious Syrian opposition fighting to topple Syrian President Bashar al-Assad.

"If the international community does not take step in time, radical groups such as al-Qaeda will grow and Syria's moderate opposition may heed to radical actions which constitutes a significant risk to be taken into consideration," Davutoglu told a televised interview on state broadcaster.

Criticizing "inaction by the international community", Davutoglu said that there was little reason to be hopeful about a solution of the humanitarian crisis in Syria "given the lack of a significant step against the use of chemical weapons and massacres of civilians by the Syrian regime."

"A more optimistic picture may come out if the UN Security Council passed a resolution based on Chapter 7 of the UN Charter," he said.

Davutoglu is currently in New York to participate in the United Nations General Assembly.

On Monday, he met his Iranian counterpart Javad Zarif.

The two discussed Davutoglu and Zarif reportedly discussed Syria crisis, meeting of foreign ministers of five permanent members of the Security Council plus Germany, the group which has been talking to Tehran for seven years about Iran's nuclear program.