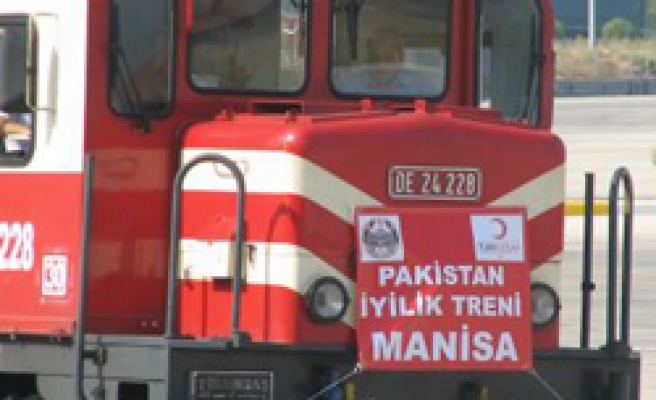 A train carrying tents, clothes and medical equipment as "fidelity train to Pakistan" departed from Istanbul's Haydarpasa Station on Friday.

Istanbul Deputy Governor Ibrahim Hayrullah Sun said that there were five states in Pakistan, and three of them were inundated by flood waters, and some part of the country was buried under mud.

On the other hand, Kimse Yok Mu Solidarity & Relief Foundation's Chairman Mehmet Ozkara said that 20 million people lost their houses, and fields were buried under mud, and also many animals were killed in the flood in Pakistan.

He noted that the relief train had 20 cars, and each car had two containers carrying tents, food and house materials. Ozkara added that the train would reach Pakistan in ten days.