Turkish frigate sails for Gulf of Aden against Somali pirates

Turkish frigate TCG Gokceada set sail for the Gulf of Aden and Arab Sea to fight piracy off Somalia. 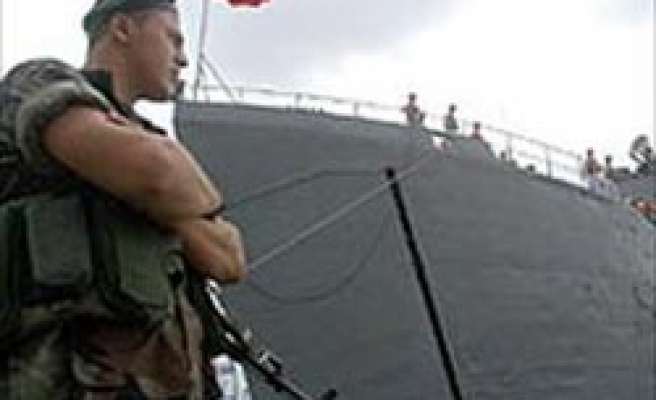 Turkish frigate TCG Gokceada set sail for the Gulf of Aden and Arab Sea on Tuesday to fight piracy off Somalia.

TCG Gokceada set out on its voyage after a farewell ceremony attended by families of Turkish sailors at the Aksaz Naval Base in the Aegean town of Marmaris.

Gokceada will replace another Turkish frigate currently deployed in the region.

Turkish Naval Forces have sent ships to the region since February 2009.

There is a helicopter, an elite underwater demolition team, and a team of underwater task force aboard the Turkish frigate which will arrive in the Gulf within a week and start its mission on August 5.

Turkish admiral of the ship will take over the command of CTF 151 on September 1 and TCG Gokceada will serve as the command ship for three months.