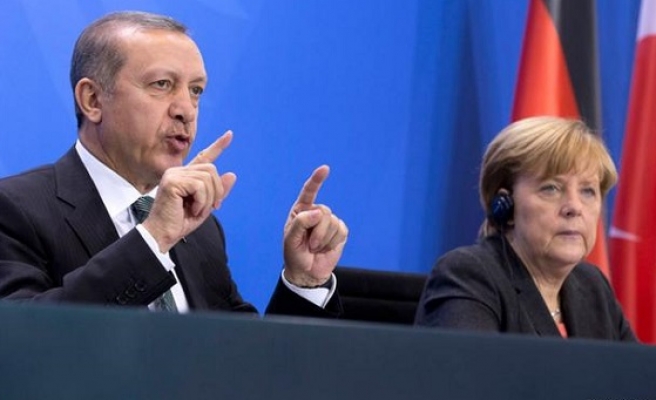 Turkish President Recep Tayyip Erdogan has discussed the ongoing refugee crisis in a phone call with the German Chancellor Angela Merkel on Wednesday, a presidency spokesman has confirmed.

During the conversation, the two leaders also touched on Israeli security forces’ recent breach of Al-Aqsa Mosque in East Jerusalem and counter-terrorism issues, he added.

Erdogan said that the international community, in particular Europe, should take steps to share the burden of supporting Syrian refugees. He reiterated that Turkey by itself was sheltering over two million Syrian and Iraqi people.

Europe is facing what has been described as the worst refugee crisis in the continent since World War II.

Merkel thanked Erdogan for Turkey's sensitivity and said that Germany had decided to take in about 800,000 refugees until the end of the year.

The Turkish spokesman added that the Chancellor also said that Germany recognizes the PKK as a terrorist organization and remains open to any kind of cooperation.

Following a suicide bomb attack in July – blamed on ISIL – in the province of Sanliurfa that killed over 30 people, the PKK has renewed its armed campaign against Turkish forces.

Erdogan expressed his concerns over this week’s incidents at the Al-Aqsa Mosque in East Jerusalem and said the international community should take action.