Nearly 183 million Turkish Liras have been collected so far within the framework of an aid campaign aiming at helping flood-hit Pakistan. 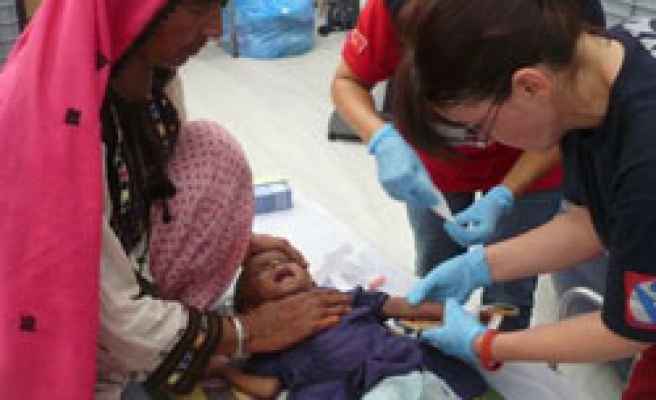 Nearly 183 million Turkish Liras (TL) have been collected so far within the framework of an aid campaign aiming at helping flood-hit Pakistan (One U.S. dollar equals 1.50 TL).

According to a written statement released by the Turkish Directorate General for Disaster and Emergency Management, as of Wednesday, a total of 183.15 million TL have been collected in the aid campaigns launched by Turkey's Prime Ministry, Directorate General of Religious Affairs and Turkish Radio and Television Corporation (TRT).

The statement said 78.4 million TL have been collected in the prime ministry campaign, while the religious affairs authority has collected 102.3 million TL and state-run TRT has raised 2.4 million TL.

Floods, caused by Monsoon rains, have killed thousands of people and left millions homeless in Pakistan.

So far, Turkey has sent an $10 million financial aid and 244 tons of relief support that included vaccines, medicine, medical stuff.