The deputy prime minister of Greece said that Turks were close to the mentality of Mediterranean people and Greeks had a certain oriental Anatolian side. 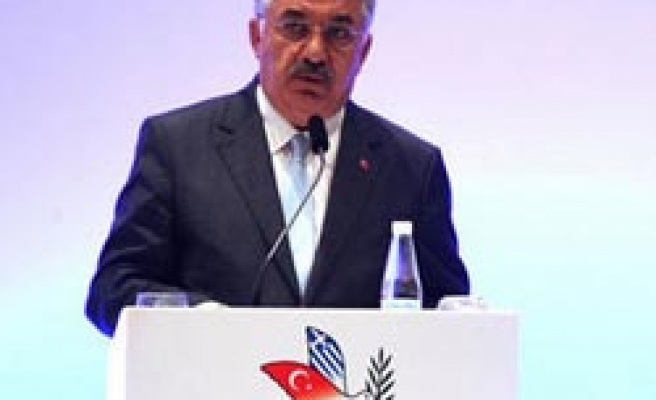 The deputy prime minister of Greece said on Saturday that Turks were close to the mentality of Mediterranean people and Greeks had a certain oriental Anatolian side.

Speaking at opening of "the 6th Turkish-Greek Media Conference" in the Aegean province of Izmir, Greek Deputy Prime Minister Theodoros Pangalos said today's politicians lived in an era of communication.

Pangalos noted that communication also played an important role in the Turkish-Greek friendship.

Commenting on relations between Turkey and Greece, Pangalos said both countries had different points of view on various matters.

He said the biggest problem between Turkey and Greece currently was the continental shelf issue.

Pangalos also said the basic behaviours in Turkish and Greek civilizations were very similar to each other, and once the two parties got closer, they would see this similarity.

"Turks are close to the mentality of the Mediterranean people and Greeks have a certain oriental side. Let us get to know each other better," the Greek deputy premier said.

Delivering a speech at conference, Turkish State Minister Hayati Yazici said he hoped the conference would improve cooperation between Turkey and Greece.

Yazici said the media should refrain from making alienating and hostile statements, adding that both Turkish and Greece media had important responsibilities within that framework.

Pointing to the importance of economy's role in the improvement of Turkish-Greek relations, Yazici said ties between the two countries recorded progress particularly after 2003, as their trade volume which was around 897 million USD in 2002 rose up to 3 billion USD as of the end of 2008.

Yazici said that the level reached in Turkish-Greek relations was a historic opportunity, and although the two states had certain unsolved matters, they had an increasing determination to solve these issues.

After speaking at the opening of the conference, Pangalos and Turkish State Minister Hayati Yazici visited the exhibition as well.