Diplomatic sources said Davutoglu and Duracas discussed bilateral relations at the meeting which took place before the match. 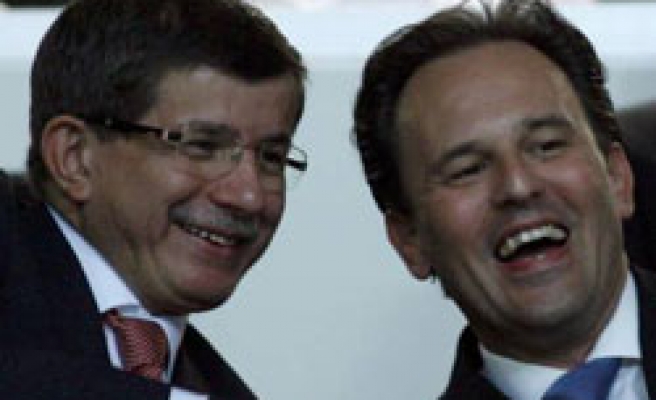 Turkish Foreign Minister Ahmet Davutoglu said on Tuesday that it was friendship that won the match between Turkey and Greece in the Group C of the FIBA 2010 World Basketball Championship.

"We watched a very friendly match. Of course we are proud of the victory of our team but beyond this, it is friendship that won in the match. The flag opened by Greek sports fan writing, "we are not enemies we are neighbors" on it was very important," Davutoglu told reporters together with Greek Deputy Foreign Minister Dimitris Drucas.

"I hope the two teams will compete in the final," Davutoglu said.

Meanwhile, diplomatic sources said Davutoglu and Duracas discussed bilateral relations at the meeting which took place before the match.

The parties also assessed what the two countries could do in the UN Plenary Session which would take place in the second half of September.

Davutoglu and Duracas discussed the matters within the scope of the High Level Strategic Cooperation, which was signed during Turkish Prime Minister Recep Tayyip Erdogan's visit to Athens in May, and the two parties also affirmed that exploratory talks carried out between Turkey and Greece progressed positively.

The two ministers also discussed the recent developments experienced in the Balkans.