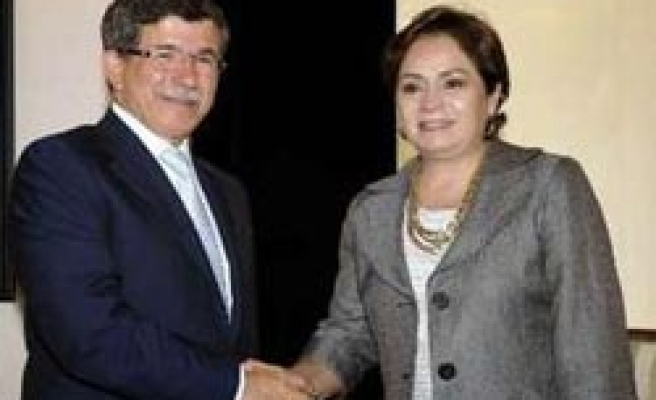 The signed documents will facilitate cooperation between Turkey and Mexico in various fields, including education, science, culture, arts, press, youth and sports.

Speaking at a joint press conference, Davutoglu said that the last time a Mexican Secretary of Foreign Relations visited Turkey was 18 years ago.

"Espinosa's visit was one we were waiting for. We were pleased to witness the first visit of a Mexican Secretary of Foreign Relations after a period of 18 years", Davutoglu noted.

We had a very comprehensive meeting with Espinosa, Davutoglu said.

We reviewed bilateral relations and took a joint decision to meet prior to all international forums, Davutoglu said.

We decided to make mutual visits each year and facilitate a diplomatic exchange program, Davutoglu said.

Turkey and Mexico resemble each other from an economic perspective. The two countries have a potential to cooperate in the economic field, Davutoglu said.

We have agreed to hold talks in order to encourage investments and prevent double taxation, Davutoglu said.

We look at Mexico as the most important strategic country in our Latin America and Central America move, Davutoglu said.

A recent immigration law in the U.S. state of Arizona has caused concern that the law may trigger xenophobia and we share the same notion as Mexico on the law, Davutoglu also said.