Caglayan, who is currently paying a formal visit to Azerbaijan, was received by the country's President Ilham Aliyev on Wednesday. 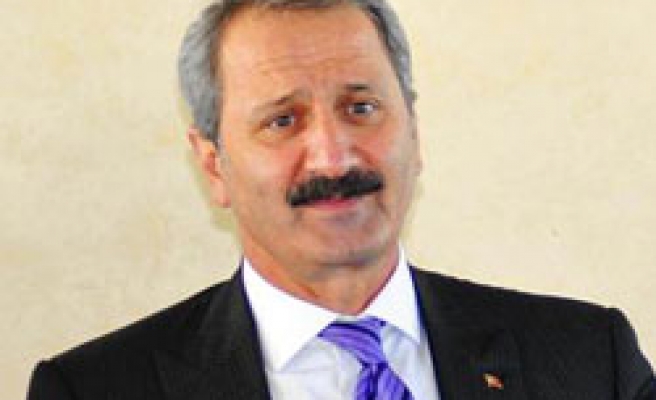 Turkish State Minister for foreign trade Zafer Caglayan, who is currently paying a formal visit to Azerbaijan, was received by the country's President Ilham Aliyev on Wednesday.

Speaking prior to his meeting with Aliyev at the Zagulba Palace, Caglayan said he was happy to see the development process of Azerbaijan.

"We feel proud as we are one nation with two states. Azerbaijan's development makes us happy. It is very important that Azerbaijan's economy grew 9 percent during the 2009 global economic crisis," Caglayan said.

Azerbaijani President Aliyev said in his part that he was pleased over Caglayan's visit to his country.

"We are really working to multiply our successes. I am sure that the relations between Turkey and Azerbaijan will continue at a much higher level from now on," Aliyev noted.

After brief statements by Caglayan and Aliyev, the meeting continued closed to press.

Prior to his gathering with Ilham Aliyev, Minister Caglayan and an accompanying delegation paid visits to the deceased Azerbaijani President Haydar Aliyev's mausoleum in Baku, as well as Turkish and Azerbaijani martyrdoms.