Turkish Ministry sits down with NGOs for Somalia action plan

Heath Minister Recep Akdağ said an action plan for sustainable health aid to Somalia had been drafted but he desired feedback from what he called a "powerful group." 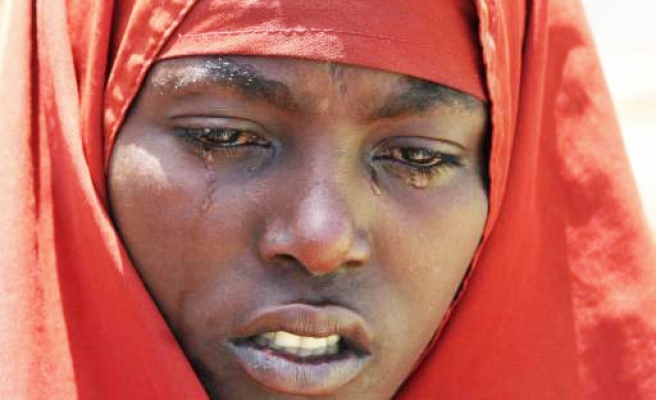 The Ministry of Health invited UNICEF and the World Health Organization (WHO), along with many Turkish NGOs, to offer their feedback on a soon-to-be-released action plan for future health aid to Somalia on Tuesday morning in İstanbul.

Representatives of Turkish aid organizations like Kimse Yok Mu?, the Turkish Red Crescent (Kızılay), Deniz Feneri, Doctors Worldwide and the Humanitarian Aid Foundation (İHH) sat down with government leaders and international aid organizations at the İstanbul Wow Hotel Convention Center for the "Somalia Evaluation Meeting" to discuss past and future aid to Somalia.

Heath Minister Recep Akdağ said an action plan for sustainable health aid to Somalia had been drafted but he desired feedback from what he called a "powerful group."

Representatives of WHO and UNICEF in their opening addresses to the crowd expressed their gratitude to Turkey and called for continued support. Both stressed that "Somalia is not just Mogadishu."

UNICEF Assistant Regional Director Elke Wisch praised Turkey's leadership while much of the international community has lagged behind in sending assistance to Somalia. "We need to provide funding and support now to stop the number of deaths, but if we don't want this to be a reoccurring problem we need to find a sustainable answer," she said.

Dr. Hassan al Gasseen said there was still much more that needed to be done to help Somalia, noting, "There have been planes full of food and aid, and we thank Turkey for that, but now we must ask ourselves how we can manage, store and distribute that aid."

Akdağ said the international organizations' opening statements were "completely in line with what we [the Ministry of Health] are doing."

According to Akdağ, Turkey has donated nearly TL 500 million to the starving people of Somalia, but he stressed that aid is more than money. "A total of TL 500 million was collected from the people of Turkey. And Turkey is not as rich as countries in the West," he said.

"It is not just about financial aid. Many health officials [from other countries] are not going to Somalia because of the security threat, but our people are there," Akdağ said.

More than 50 tons of food and seven ambulances have been donated, and a well-equipped field hospital was established by the Turkish government for Somalia. Akdağ added that Turkey has also sent doctors, built a health center in the Kızılay refugee camp, established an emergency hotline and currently provides health services for Somalis as well.

Regarding future aid, Akdağ said that another field hospital will be completed within the week. The ministry will provide medical staff training in both Turkey and Somalia, and medical support will be provided outside Mogadishu.