Turkish national in London says watched burning of his house

Incidents erupted in Britain after killing of a black young man in Tottenham district, where Turkish nationals are also overwhelmingly populated. 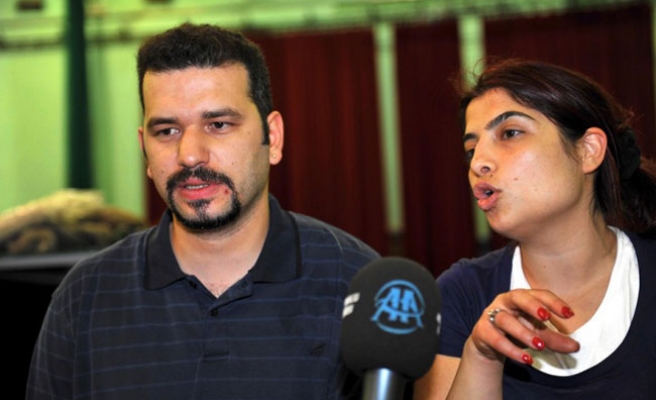 Incidents erupted in Britain after killing of a black young man in Tottenham district, where Turkish nationals are also overwhelmingly populated.

Speaking to A.A correspondent, Akbasak, who has been living in Britain for eight years, said, "we were informed about the incidents when a neighbor of us knocked on our door. We saw from the window young people wearing masks entering the opposite building. They started to throw the tables and chairs outside the building. The attackers later broke the windows of a carpet show below our apartment and they set the shop into fire. Young people at the age of 16-17 were taking photographs as if there was an entertainment. They were watching the incidents cheerfully."

Akbasak said they left the house and saw the corridors in black cloud. "People were screaming during the fire. Police helicopters were touring above our building. I got on my car and we went to a safer place. Later, I went to a friend and watched burning of my house."

"We have been residing in that house for 3.5 years. We got married there. All our property burned," Akbasak said and noted that insurance company would pay the loss.

Commenting on the criticisms that police were not effectual against the incidents, Akbasak said he shared the views.

Meanwhile, Haringey Municipality established a crisis desk to listen to the problems of those whose houses burned.