The CHP's Kilicdaroglu will arrive in Iraqi capital Baghdad on August 20 and meet leading political figures and Sunni and Shiah opinion leaders in addition to al-Maliki, CHP press unit said. 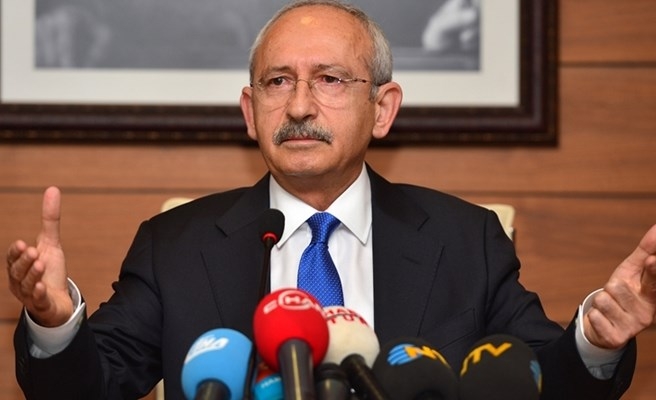 The leader of the largest opposition party in Turkish parliament Republican People Party (CHP), Kemal Kilicdaroglu, will meet Iraqi Prime Minister Nouri al-Maliki on August 21 as part of his visit to Iraq.

He will also pay a visit to the Iraqi parliament, Kirkuk and Najaf and return back to Turkey on August 24.

we love urdogan and his policy not opposition .so long what secular did for turkey ?because of urdogan turkey now the world nost respectfull country .and all muslims making pride on turkey

all muslim countrys must fallow urdogan policy they will get respect .othervice becom like egypt .turkish public choose right chep like urdogan and egyptian fool public choose sisi and albaradie .both of them pro israel and moosad agents .iraqi pm is a shia we dont want him he is also pro america . we need independent leader like urdogan .urdogan is a grate leader all of the world .we lov---------