Cemil Cicek said Turkey was expecting a solution from ongoing Cyprus negotiations, but a solution should not just be a solution whatever it cost. 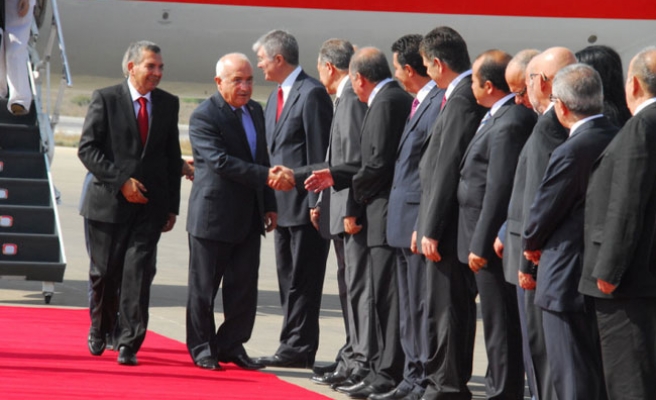 Turkey's Parliament Speaker said on Friday that a solution in Cyprus should be fair and lasting.

Cemil Cicek said Turkey was expecting a solution from ongoing Cyprus negotiations, but a solution should not just be a solution whatever it cost.

"It should be a fair and lasting solution," Cicek said as he visited Turkish Republic of Northern Cyprus (TRNC) Parliament.

During the meeting between delegations, Cicek said the realities on the island were obvious, which he enumerated as two equal people, two states and two democracies.

"A solution made whatever its cost is will cause bigger problems, and a solution should be based on political equality," Cicek said.

Cicek said there would not be an agreement if this mentality did not change.

Turkey's parliament speaker also said that the European Union (EU) made a mistake by admitting the Greek Cypriot administration as a member without solution of Cyprus problem, and now the EU was trying to make Turkey and TRNC pay for that mistake.

Also speaking in the meeting, TRNC Parliament Speaker Hasan Bozer said efforts of the Greek Cypriot administration to own all natural resources of the island on its own were hampering negotiations aiming to find a fair and lasting settlement to Cyprus question.

Bozer said those efforts also caused problems in the region, and if the Greek Cypriots insisted on this stance, the entire geography, including Turkey, Syria, Lebanon and Egypt, would be negatively affected.