Erdogan criticized UN, saying that it was condoning unjust and inhumane behaviors and acts of some countries, whereas it was imposing many sanctions on some other countries. 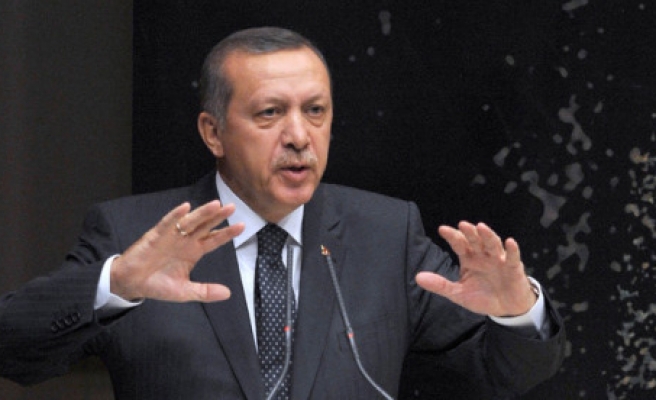 Turkey's prime minister said on Wednesday that none of the peace-keeping organizations were saying something to the Greek Cypriot administration.

"Meanwhile, institutions are saying nothing although their duty is to preserve peace," Erdogan said during a party meeting in Ankara.

Erdogan said Turkey was exerting utmost efforts for a settlement that would satisfy both parties in Cyprus, however the Greek Cypriot administration was finding pretexts, escaping from a settlement.

"What the EU (European Union) does is obvious. It admits unilateral membership of Greek Cypriot administration and punishes Turkish Republic of Northern Cyprus (TRNC)," he said.

Erdogan said all countries should see the facts, and the Piri Reis seismic research vessel had launched studies in the south of Cyprus because Turkey was fulfilling its responsibilities as a guarantor state in the region.

Premier Erdogan said Turkey would not remain silent if international organizations that were assigned to restore peace and order, security and stability in the world were not fulfilling their mission.

Erdogan criticized the United Nations (UN), and said that it was condoning unjust and inhumane behaviors and acts of some countries, whereas it was imposing many sanctions on some other countries.

"On one hand you put pressure and sanctions on Iraq for nuclear energy projects while on the other hand you remain silent to Somalia and you do not follow any of 89 sanction decisions regarding Israel," he said.

Erdogan said the organization could not solve world problems if it did not behave fairly, and problems in Cyprus, Somalia and Syria were stemming from unilateral, insincere and unjust attitude of international community, particularly Western countries.

Premier Erdogan also said Turkey did not have the luxury to remain indifferent to the very rapidly changing world.