The premier says Turkey does not have a problem with the UN Security Council, but this is a structure which emerged after WWII. 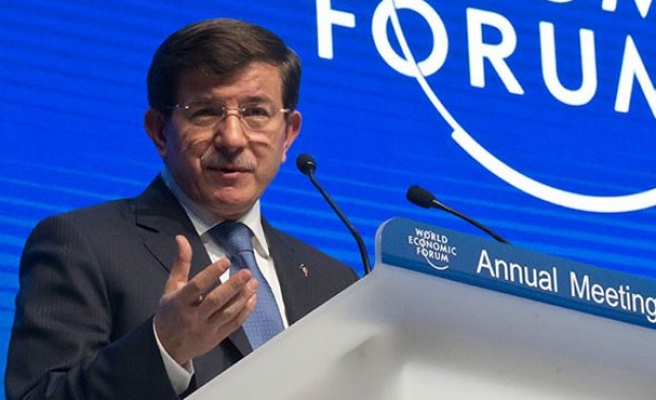 There is a need to reform the United Nations, Prime Minister Ahmet Davutoglu has said.

Replying to questions at a dinner in the Swiss city of Davos Thursday, Davutoglu mentioned Palestine and Syria crises as examples of unresolved issues because of veto powers of five countries at the UN Security Council.

"What we are suggesting is, there is a need of UN reform," he said.

Elaborating his point, he said, "We do not have any problem with any of the five permanent states, but this is a structure which emerged after the Second World War."

"Now we are in a global age and at the end of the day, these five permanent member states decide what will happen in any crisis point," the premier said.

He said the UN Security Council was responsible for the ultimate global order. "It should be, it must be inclusive of all humanity," the premier said.

He also added that there should be an international crisis management mechanism for security-related issues in the UN.

When Davutoglu was asked about Turkey’s accession to the EU, he said Turkey was ready to be a member of the EU, but he asked, "Is the EU ready to receive Turkey?"

The premier said Turkey was doing everything it could to join Europe. “Membership to the EU is our strategic objective."

Negotiations, however, hit a stalemate in 2007 because of Turkey’s position on the Cyprus issue and opposition to its full EU membership by the German and French governments.

To gain membership, Turkey has to also successfully conclude negotiations with the EU in 35 policy chapters, which involve reforms and the adoption of European standards.

"I can assure you, Turkey will complete all accession process in two years if there is no political blockade. But, unfortunately, because of the Cyprus question and because of certain blockades by some countries, we cannot move forward," he said.