Turkish PM Erdogan not to visit Gaza for now

Before his departure, Erdogan told reporters at Ataturk Airport in Istanbul that he would not pay a visit to Gaza. 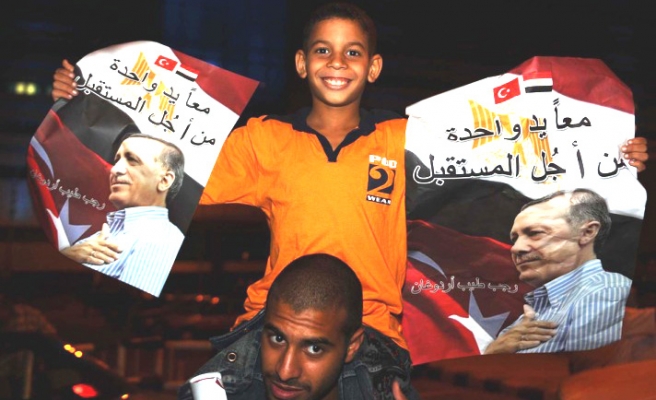 Turkish Prime Minister Recep Tayyip Erdogan said on Monday that he would not pay a visit to Gaza.

Erdogan left for Egyptian capital of Cairo for his visits to Egypt, Tunisia and Libya between September 12 and 15.

Before his departure, Erdogan told reporters at Ataturk Airport in Istanbul that he would not pay a visit to Gaza. Replying to a question, Erdogan said, "I will not visit Gaza. But I would like to say clearly that I'm longing to visit Gaza as soon as possible."

Erdogan said that Turkey was ready to extend every kind of support to Egypt during its critical and difficult period. "During our talks in Egypt, we will underline importance of Turkey's friendship," he said.

Replying to a question on the attack on Mavi Marmara aid ship by Israel, Erdogan said that Israel made a big mistake. If Israel did not apologize to Turkey, pay compensation and lift embargo on Gaza, there would be no normalization in relations between Turkey and Israel, he said.