Erdogan added that Turkey had been in contact with Tehran and told Iran about the "serious consequences" of the continuation of the use of force by Iran's ally Syria. 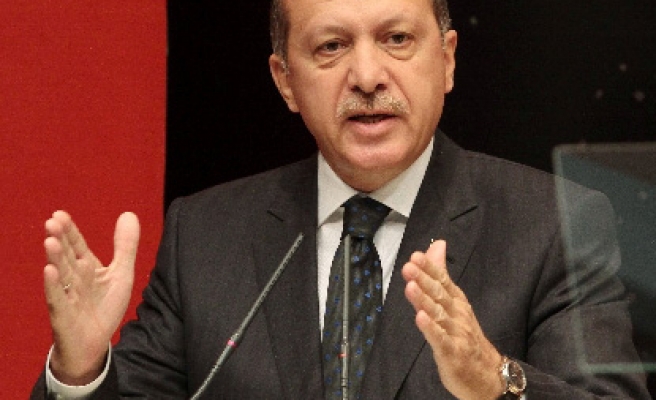 Turkish Prime Minister Tayyip Erdogan said he was concerned Syria could slip into civil war and that he wanted to deepen Ankara's ties with Egypt, in an interview published by an Egyptian newspaper on Tuesday during a visit to Cairo.

"I fear that matters will end in civil war between the Alawites and the Sunnis," Erdogan told the Al-Shorouk newspaper in an interview that marked the start of his visit to Egypt.

Syrian President Bashar al-Assad, who has sent tanks and troops to quell months of protests against his rule, is from the minority Alawite Muslim sect. Most Syrians are Sunni Muslims.

Erdogan, who is on a tour of Arab states to boost his country's influence in the region, said he wanted to build a strategic partnership with Egypt, the most populous Arab country, and that wanted to enhance economic and other ties.

"If the Arab world has several doors, then no doubt Egypt is its most important one," Erdogan said.

Egypt has long viewed itself as a leading voice in the Arab world but Turkey's influence has risen steadily with its growing economic might and its assertive policy in the region, notably towards Israel, which has drawn praise from many Arabs.

In part of the interview published by Al-Shorouk a day earlier, Erdogan said Israel had "not fully grasped the reality of changes that happened in the Arab world."

Ankara expelled the Israeli ambassador an Israeli raid last year that killed nine Turks on an aid flotilla bound for the Palestinian enclave of Gaza. Israel has said it would not apologise, which Turkey has demanded.

"Israel refused even to listen to voices of reason in the West that realised the reality of the changes in the region and called for it to apologise to Turkey to what it did to (Turkey's) sons that it killed," he said.

Turkey has also engaged with its neighbour Iran, which is embroiled in a standoff with the West over its nuclear programe. Iran is also a close ally of Syria's.

"I think that Turkey has a role in correcting the Iranian discourse (regarding Syria)."

He added that Turkey had been in contact with Tehran and told Iran about the "serious consequences" of the continuation of the use of force by Iran's ally Syria.

Erdogan has talks in Tunisia on Wednesday and is then expected to hold meetings on Thursday in Libya.

"Firstly, we are against international intervention in Libya. Secondly, we believe Western countries do not have a right to Libyan oil, but it belongs to its people," he told the newspaper.