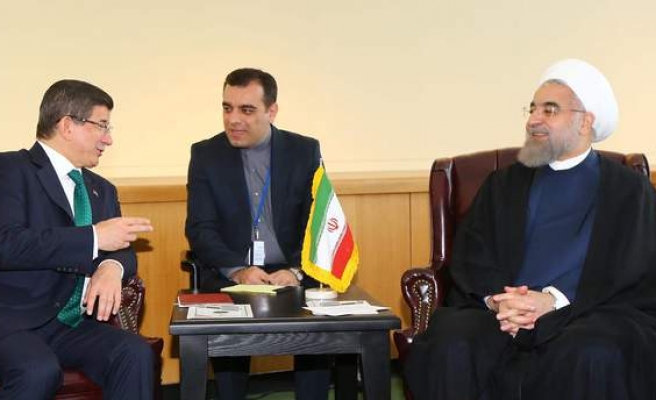 The closed-door meeting at the UN headquarters was held on the sidelines of the 70th General Assembly of the world body.

Following the meeting, Davutoglu joined an informal working lunch of world leaders on the upcoming climate change conference that will be held in Paris in December.

Later on Sunday, he will deliver remarks at the UN for the ongoing Sustainable Development Summit.

Meanwhile, a meeting scheduled for Sunday between Davutoglu and UN chief Ban Ki-moon was cancelled due to busy schedules of both dignitaries, sources said.