Erdogan and Obama agreed during a phone call Thursday on the need for a "transition to democracy" in Syria, the White House said. 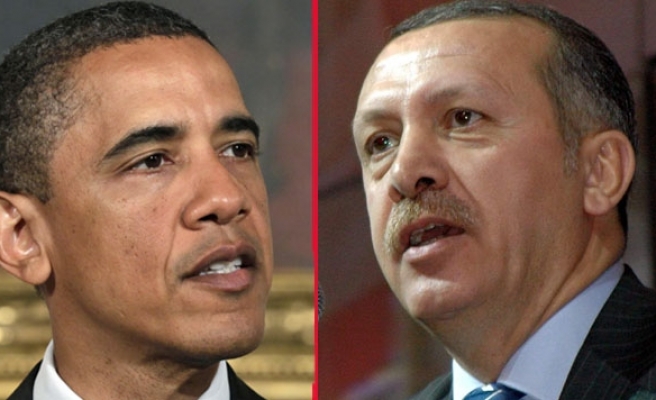 Erdogan and Obama discussed Syria and Africa in the phone conversation, officials said.

"The two leaders underlined the urgency of the situation in Syria, expressing deep concern over the Syrian government's use of violence on civilians as well as affirmed the importance of the need to meet legitimate expectations of the Syrian people for transition to democracy," said a statement released by the Turkish premier's press office.

The statement said the two leaders had called for an immediate halt of bloodshed and violence against the civilians.

"The two sides have agreed to monitor closely steps to be taken by the Syrian government and to continue consultations," the statement said.

Statement said Erdogan and Obama also discussed the famine in Africa, adding, "they have agreed to cooperate closely to fight the tragic drought in the African Horn and to boost relief and aid efforts to save lives in the region."

While Obama and Erdogan in recent weeks have both deplored the regime's violent crackdown against protesters, they have stopped short of calling directly for Assad's departure.

During weeks of hesitation, Washington gradually hardened its stance, with Secretary of State Hillary Clinton saying Assad has lost his legitimacy to rule and the Obama administration pressing for tougher international sanctions on a regime bent on crushing a pro-democracy movement.

Erdogan on Saturday said Turkey, which shares a border with Syria and whose ties with Damascus have flourished in recent years, "has run out of patience" with the ongoing violence.