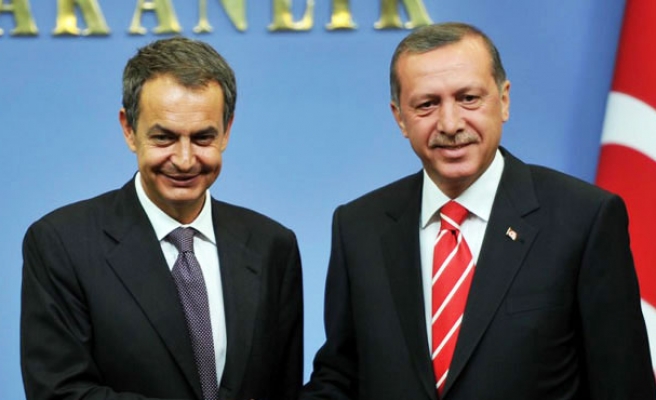 Turkish Prime Minister Recep Tayyip Erdogann said that Alliance of Civilizations was the most important weapon against international terrorism.

Turkey shared similar views with Spain regarding "Arab Spring", he said. "I believe that our stances will make great contributions to transformation processes. We also agreed that the two countries will exert joint efforts to contribute to economies of regional countries. Turkey and Spain are the two countries sharing similar values and working to contribute to solution of international issues. Alliance of Civilizations is the evidence," he said.

There was need for a peaceful future to be created by people from different races, cultures and faiths in today's world, he said.

Turkey and Spain, two leading countries in the region, had important responsibilities to turn new developments in the Mediterranean into opportunities for peace and prosperity, he said.