Turkish PM says could act against PKK-PYD cooperation in N.Syria

It is impossible for us to tolerate the the Kurdistan Workers' Party's cooperation with the Democratic Union Party,” Erdogan said. 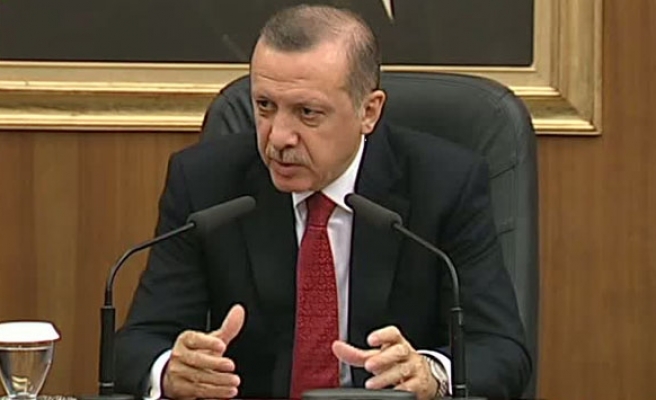 Turkish Prime Minister Recep Tayyip Erdogan on Thursday said that Turkey would not be an onlooker to any solidarity between PKK and Syrian Kurdish political party PYD (in the north of Syria).

Speaking to reporters at Ankara's Esenboga International Airport prior to his departure for the inauguration of the London Olympics, Erdogan said that Turkey was taking all measures against a cooperation between the terrorist organization PKK and the PYD.

"Our armed forces and all related units are working on the matter (of Syria)," Erdogan stressed.

"It is out of question for us to tolerate a structure of the terrorist organization in north of Syria and permit the presence of a threat to Turkey there," Erdogan stressed.

"Our Foreign Minister Ahmet Davutoglu will travel to north of Iraq next week and discuss the issue of northern Syria with north Iraqi officials. Davutoglu will convey our sensitivities in the region," Erdogan stated.

"An approach to establish a Syrian national Kurdish council would be a wrong one. We do not wish Syria's territorial integrity to be disturbed, a beginning of clashes based on sects and the beginning of clashes between ethnic groups. Northern Syria includes not only Kurdish brothers and sisters but also Turks and Arabs. They all together make up the northern Syria region," Erdogan noted.

"We will never be deceived by certain provocations. If there is a need for a step against the terrorist organization, we will certainly take that step," Erdogan said.

"And, we will never welcome imaginary maps in the region," Erdogan also said.

In similar comments on Wednesday night in a television interview, Erdogan warned that Turkey would not hesitate to retaliate militarily in response to any threat emanating from Syria's north and further asserted that embattled Syrian President Bashar al-Assad is abandoning territories close to the Turkish border to Kurdish groups said to be linked to the PKK.