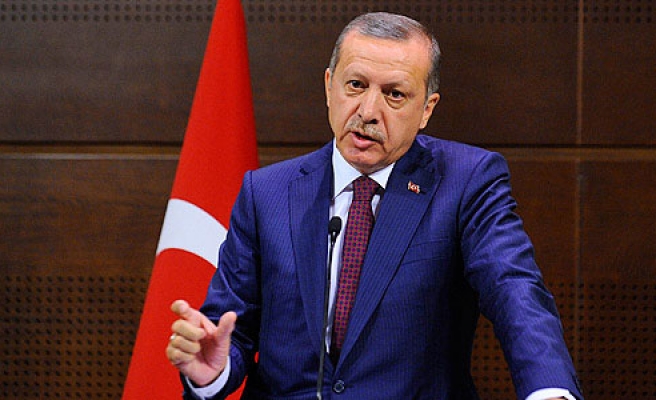 Turkish Prime Minister Recep Tayyip Erdogan said that Palestine needed 9 votes at the UN Security Council and if it got those votes, it would be a pleasing development.

Erdogan said that if Palestine could not get votes, it would apply to the General Assembly and then it could lead to a conclusion like Vatican city.

Asked what would happen if the United States vetoed Palestine's application, Erdogan said he hoped that the United States would continue the process in accordance with the resolution 181 approved by the UN in 1947.

Erdogan said that peace could not be secured in the Middle East without a solution to Palestine issue. "Palestine issue must be solved. It is the key," he said.

Replying to a question on Turkey's stance after Israeli raid on Mavi Marmara, the largest vessel in a six-ship Gaza aid flotilla, Erdogan said there were several steps that Turkey took in NATO, OECD, G-20 and for regional peace. Erdogan said that the problem was created by the current Israeli government. "The West should put pressure on the Israeli government," he said.

"Turkey made great progress in economy in the past nine years. There is no hostility between Turkey and its neighbors. But in the recent period, we have been involved in this trouble due to wrong steps by Israel," he said.

Erdogan said earlier there was no problem between Turkey and Israel. "We had high trade volume, good political, military and economic relations," he said.

Turkey's role in the region

Replying to a question on Turkey's role in the region, Erdogan said that Turkey had cultural ties with regional countries, stating that Turkey had close relations with Syria, Iraq, Iran, Lebanon, Jordan, and others.

Erdogan said that Turkey was an active country in the region.

Turkey was taking steps for peaceful solutions to regional issues, he said.