Turkish PM says voters to decide national or coup will

Erdogan said that two things would be voted in the referendum on September 12. 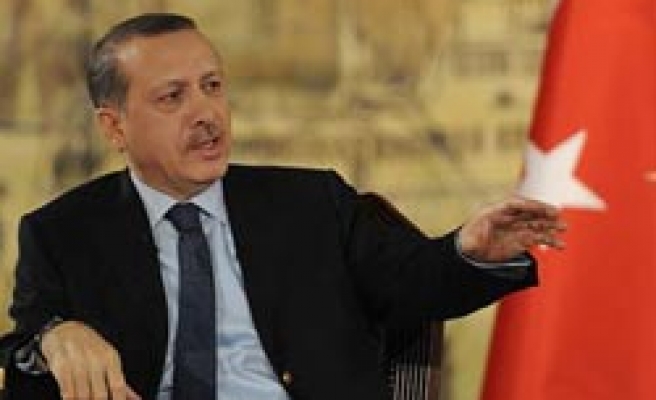 Turkish Prime Minister Recep Tayyip Erdogan said that two things would be voted in the referendum on September 12; the constitution produced by the coup, or the national will that was trying to change this coup constitution.

In an interview with US magazine, Wall Street Journal, Erdogan said, "it is not a vote of confidence and additionally, it is not an AK Party project," when replying to a question on the referendum.

Replying to a question on Erdogan's statements in 1990s that Turkey should not join the EU, Erdogan said, "I opposed the EU in the '70s. Why, because there was a thesis at that time that we will be only a market for the union and the EU will always be the supplier. Later circumstances brought us to a very different point. If you can manage to change your position from being just a market, if you have this power, then the EU could make you stronger. At that time it was European Economic Union, it was not the EU. Later it became a political and social union. It stopped being just an economic union and became a union that had economic, social and political aspects. Now its position is different and its conditions are different. So since the establishment of our party we also consider this issue very differently. However, does the EU have any aspects you do not agree with? Unfortunately, it has. Unfortunately, some sanctions and style of approaches that were implemented against Turkey are reducing our goodwill towards the EU."

When WSJ reporter said, "in the 1990s, you said about democracy that it is a tool and not a goal. Do you still believe that?" Erdogan said, "I still think the same. I guess The Wall Street Journal should think like this too. The goal is the happiness of the people. Democracy, all the other systems, and all religions -- they are all tools for the happiness and peace of the people. I am not saying only democracy, and I am talking about all the systems, all the government types, religions -- all of them. All of them are tools. The goal is the human being and happiness of humanity.

Replying to another question, Erdogan said that he did not mean religious rule or like as the goal.

Recep Tayyip Erdogan is going to establish his empire if the majority says YES in this referendum. On contrary what he says here, he is not a flexible and democratic leader. In my opinion, he is a big threat to democracy and human rights. His ambition is to make Turkey an islamic republic, like IRAN...