Erdogan was awarded with a prize which will be presented on behalf of Ottoman statesman Isa-Beg Ishakovic, founder of Bosnian capital Sarajevo. 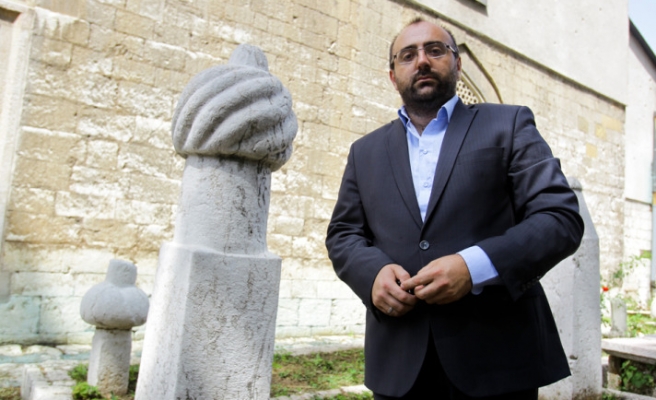 Prime Minister Recep Tayyip Erdogan will receive an award in Bosnia-Herzegovina in September.

Erdogan was awarded with a prize which will be presented on behalf of Ottoman statesman Isa-Beg Ishakovic, founder of Bosnian capital Sarajevo.

Erdogan will receive his award on September 15 within the scope of the 550th anniversary of the foundation of Sarajevo.

The award committee, comprised of 23 independent academicians, decided to honor Erdogan with the award due to his contributions to multi-culture, peace and stability in Bosnia.

Committee's head Amel Sulyovic told AA on Thursday that they declared 2012 the year of Isa-Beg Ishakovic on the occasion of the 550th anniversary of the foundation of Sarajevo, adding that they would give this year's award to Erdogan.

Ishakovic was an Ottoman general and the first governor of the Ottoman province of Bosnia. He ruled during the 1450s and 1460s. He made much of the initial conquests for the Ottoman Empire in the region, and was one of the then Sultan's most trusted generals. He founded Sarajevo in 1461 in the former Bosnian province of Vrhbosna.

Between then and 1463 he built the core of the city's Old Town district, including a mosque, a closed marketplace, a public bath, a hostel, and the Governor's castle (Saray), which gave the city its present name. In much the same way and year he also founded Novi Pazar in Serbia, meaning new marketplace.