Erdogan will travel to Egypt on Sept. 12 and leave on Sept. 14, the Egyptian prime minister's spokesman said. 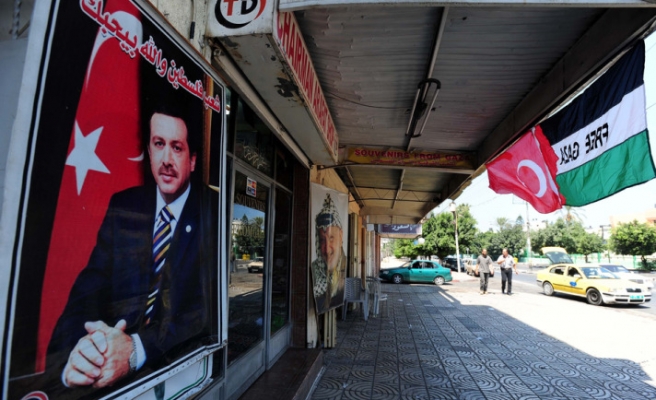 Erdogan will travel to Egypt on Sept. 12 and leave on Sept. 14, the Egyptian prime minister's spokesman said.

"There are a few agreements that will be signed," Mohamed Higazy said, adding that the two sides would discuss political coordination and economic ties.

Some media reports had suggested Erdogan would travel from Egypt to Gaza, which is under Israeli blockade, but an Egyptian official said he did not expect such a trip to take place.

The recent advance in Turkey's support for the lifting of the blockade of Gaza came against the backdrop of Israel's refusal to heed the country's calls for action regarding an Israeli raid on an aid flotilla and the Gaza blockade, which on Friday resulted in Turkey imposing a series of sanctions on Israel. Turkey also indicated on Friday that it would be taking the Gaza blockade to international courts to demand international attention to the human rights abuse.

Entry into Gaza is provided through the Rafah border crossing in Egypt, which keeps the line under strict control in line with its cooperation with Israel on the issue. Erdoğan's projected Gaza visit also relies on Egypt's approval, in which case the Turkish prime minister will be the first state leader to enter Gaza through Rafah.

Egypt has been on rough grounds with Israel since Israeli soldiers killed a number of Egyptians, including security forces, close to their common border. The killings
provoked a diplomatic row between the strategic allies.