The crisis in Syria will dominate the Turkish prime minister’s agenda, but he will also discuss regional and international affairs in his talks. 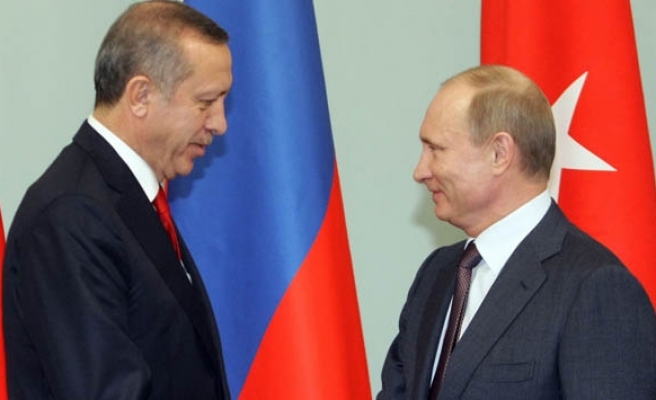 Turkish Prime Minister Recep Tayyip Erdoğan is planning a one-day visit to Moscow on July 18 to seek ways to end the 16-month violence in Syria that has now left more than 15,000 Syrians dead.

The crisis in Syria will dominate the Turkish prime minister’s agenda, but he will also discuss regional and international affairs in his talks.

Russia, which is hosting Syrian opposition groups for talks, is under international pressure to exert influence over Assad's government to make it stick to a peace plan laid out by UN envoy Kofi Annan. Moscow, along with China, has protected President Bashar al-Assad from harsher sanctions in the UN Security Council.

The foreign ministers of the UN Security Council's five permanent members - Russia, the United States, China, France and Britain - all attended the Geneva meeting along with Turkey, Kuwait, Qatar, UN Secretary-General Ban Ki-moon, Arab League chief Nabil Elaraby and EU foreign policy chief Catherine Ashton, where they agreed that a transitional government should be set up in Syria but left open the question of what role Assad might play.

Diplomatic sources also added that Erdoğan will discuss the recently downed Turkish warplane by Syrian forces and will ask to share with Turkey any possible data Moscow has regarding the jet.

Russian news agencies said on Monday that Russia planned to suspend arms shipments to Syria, possibly signalling a shift in its stance towards Assad, whom it has defended from harsher sanctions at the UN Security Council.

Russian Foreign Ministry sources said Erdoğan and Putin will discuss trade, commercial and political relations, along with High-Level Cooperation Council meeting that will be held in Turkey in the fall.

Turkish Foreign Minister Ahmet Davutoğlu is expected to accompany Erdoğan in his visit to Moscow and will likely meet with his Russian counterpart, Sergey Lavrov.

Meanwhile, Russia said on Tuesday it would be ready to host a new meeting of world powers aimed at ending the conflict in Syria and proposed broadening the talks to invite other countries, including Iran.

Bogdanov repeated Russia's position that any similar meetings in future should include other countries that have influence over the Syrian situation - namely Iran and Saudi Arabia.

Opposition representatives - in Moscow for talks - said they would only take part in discussions with the Syrian government after changes in leadership, a precondition Russia rejects and one which is not stipulated in Annan's plan.

Speaking ahead of talks with Russian Foreign Minister Sergei Lavrov on Wednesday Bassma Kodmani, a spokeswoman for the Syria National Council, said the opposition would be looking for signs of change in Russia's stance.

"We think we and Russia share some positions we can talk about. Russia fears chaos and complete anarchy in Syria and we also fear for our country," she told a news conference.

Repeating Moscow's assertions that it is not backing Assad, Bogdanov said Russia was not "linked to any concrete personalities".