Turkish PM warns US to avoid airstrikes in Iraq

"There are ISIL elements which are mixed in with the people. Such an operation could result in a serious number of deaths among civilians," warned Erdogan. 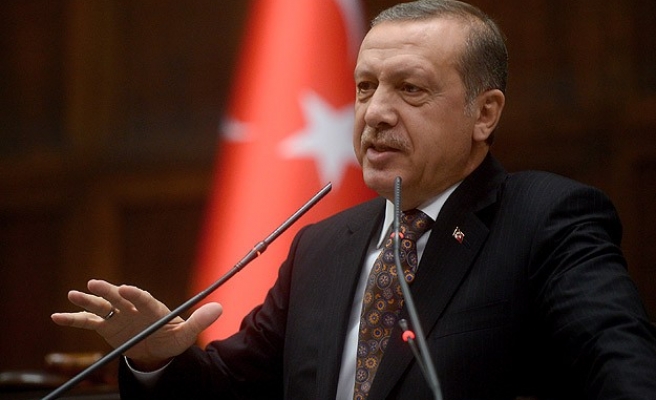 Turkish Prime Minister Tayyip Erdogan said on Thursday U.S. air strikes on militants in Iraq could cause a high number of civilian deaths and that Washington did not view such a strategy favourably.

The Iraqi government made public on Wednesday its request for U.S. air strikes as its forces battle Sunni militants, but Washington has given no indication it will agree to attack.

Turkey has the second largest armed forces in the NATO military alliance after the United States and also hosts a major U.S. Air Force base at Incirlik in its south. It is seen as a potential participant in any international intervention in Iraq.

"America, with its current stance and the statements it has made, does not view such attacks positively," Erdogan told reporters in Ankara when asked about the possibility of U.S. air strikes.

"There are ISIL elements which are mixed in with the people. Such an operation could result in a serious number of deaths among civilians," he said.

The lightning offensive by militants from the Islamic State in Iraq and the Levant (ISIL) threatens to fragment Iraq and leaves Turkey facing a widening rebellion in two of its southern neighbours, with ISIL also making territorial gains in Syria near the Turkish border.

The rebels are holding at least 80 Turkish nationals, 49 of them seized from its consulate in the northern Iraqi city of Mosul last week, including special forces soldiers, diplomats and children.

Erdogan said that the release of the eighty citizens was a highly sensitive operation and their foremost priority was to safely bring them home.

U.S. officials, speaking on condition of anonymity, said the Iraqi request had included drone strikes and increased surveillance by U.S. drones, which have been flying over Iraq.

The U.S. Air Force has remotely piloted aircraft stationed at the Incirlik base, which have been used in the past for surveillance along the Turkish-Syrian border.