A group from the TIKAD raised TL 3.5 million for Pakistan's flood victims at a fundraising dinner coordinated by the prime minister's wife. 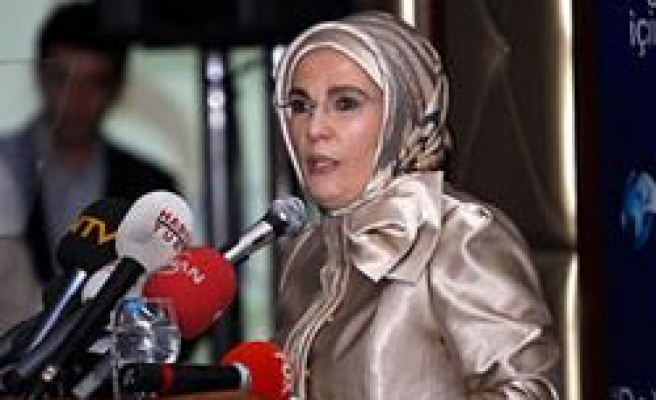 A group from the Turkish Businesswomen's Association (TİKAD) raised TL 3.5 million on Saturday for Pakistan's flood victims at a fundraising dinner coordinated by the prime minister's wife, Emine Erdogan.

In a fast-breaking dinner (iftar) Emine Erdogan, urged guests to donate money to Pakistan, a country she said had helped Turkey during its War of Independence and after the Marmara earthquake in 1999. With similar remarks, State Minister Egemen Bagis also encouraged businesswomen to donate to help heal wounds in Pakistan, according to Cihan News Agency.

In addition, Humanitarian Aid Foundation (IHH), a Turkish aid NGO, is expected to send a cargo plane to Pakistan today, carrying 35 tons of humanitarian aid -- including medicine. The IHH presently has 15 workers in Islamabad and recently sent a train carrying 3,000 tons of humanitarian aid. The foundation presently provides hot meals to 5,000 people in the worst-hit flood areas and meets the food needs of displaced families living in three schools in the capital, Islamabad.

Pakistan's worst floods in decades have destroyed villages, bridges and roads, and killed up to 1,600 people. More than 4 million persons have been displaced by flooding and there is widespread concern over the country's recovery.