The spouse of Turkish Prime Minister Recep Tayyip Erdogan visited Sukkur, one of the flood-hit areas in Pakistan. 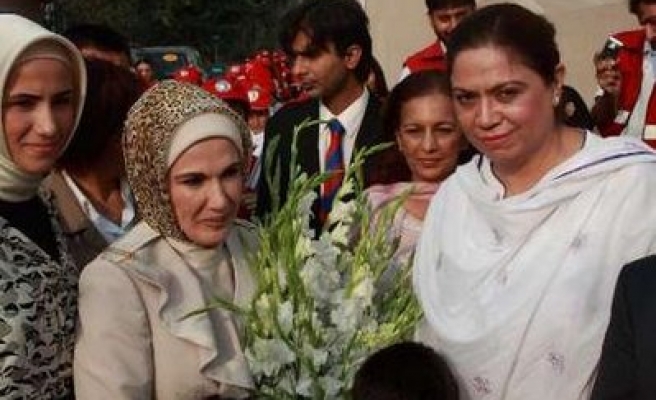 The spouse of Turkish Prime Minister Recep Tayyip Erdogan visited Sukkur, one of the flood-hit areas in Pakistan on Friday.

Emine Erdogan arrived in Sukkur after visiting the south of Pakistan, which was affected the most by the flood disaster, and visited a field hospital set up by the Turkish Health Ministry.

"As the spouse of a prime minister, I am begging the world that they should not be blind and deaf to this disaster," Erdogan told reporters.

Erdogan later visited a tent turned into a child center, and told children, "don't be afraid, we are beside you."

Moreover, a Turkish pediatrician in the field hospital said they were facing many cases due to food insufficiency.

"We have seen malaria and diarrhea cases even though we have not seen any serious disasters," the doctor said.

Erdogan has been visiting Pakistan to deliver medical and financial aid, around 3 million Turkish lira, collected at a charity event in Turkey.