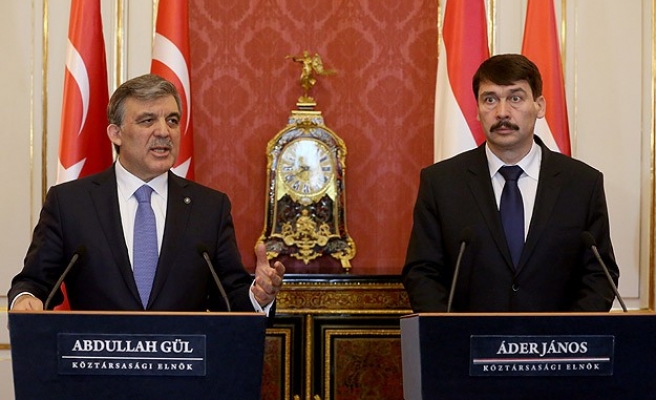 Turkish President Abdullah Gul called on both Turkish and Hungarian business people to make mutual investments during his speech at the 3rd Hungary-Turkey Business Forum, held in Budapest on Monday.

"Turkey is a country with minimum risks to invest and it is still profitable...We, the governments, are here to clear the way for you" he said, addressing business people who attended the forum.

"Both the Turkish government and the Hungarian government will open the floodgates and provide convenience if you get stuck," Gul said.

Noting that the bilateral trade volume between Turkey and Hungary is only $2 billion, Gul urged for the enhancement of economic ties.

Gul said Turkey and Hungary could increase the bilateral trade from $2 billion to $5 billion, emphasizing that the two countries have resembling economies, as both are manufacturing centers from white appliances to automotive.

"Natural gas from Caucasus and the Middle East will be transferred through Turkey to Europe,’’ he said. ‘’I am aware that Hungary has become a key location in energy distribution."

"If you are looking for true partners to cooperate, you are in the right place, Hungary," said Orban.