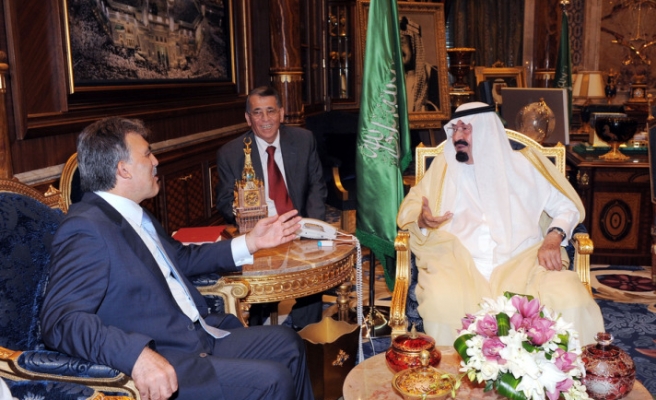 Gul held a meeting with King Abdallah of Saudi Arabia in Jeddah where he paid a visit to attend a meeting of the Oxford Centre for Islamic Studies.

Gul and King Abdallah discussed the relations between Turkey and Saudi Arabia as well as regional issues.

Officials expressed pleasure as the pre-crisis level in political and economic relations between the two countries had been caught again.

Following his meeting with King Abdallah, Gul received Prince Nayif, and they discussed the cooperation in security and counter-terrorism between the two countries.