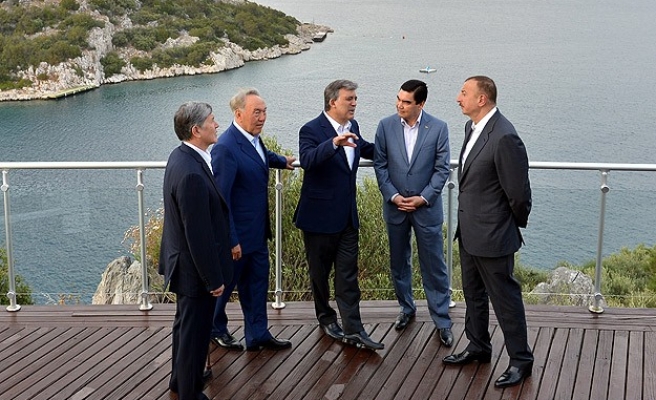 Turkish President Abdullah Gul has held separate talks with his Turkmen, Kyrgyz and Azerbaijani counterparts focusing on opportunities in energy, transport and culture, according to presidential sources.

Gul met his Turkic counterparts on the sidelines of a meeting of the International Organization of Turkic Culture (TURKSOY) in the Turkish tourism resort of Bodrum in southwestern Mugla province on Wednesday.

Bodrum hosted the fourth summit of TURKSOY on Wednesday, an international cultural organization for countries with Turkic populations speaking tongues belonging to the Turkic language family.