﻿Leaders from some 60 countries are attending the NATO summit in Wales. 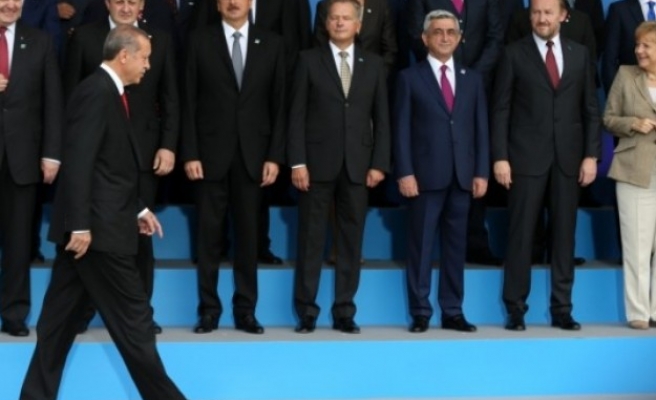 World leaders including Turkish President Recep Tayyip Erdogan are gathering in Newport in Wales for a NATO Summit which is likely to focus on the crisis in Ukraine and the Islamic State militants in Iraq and Syria.

Poroshenko will also meet with Erdogan on Thursday on the sidelines of the conference. Erdogan is due to meet with Obama on Friday.

NATO will revisit the principle of relations with Russia upon the latter's role in Ukraine crisis. The organization is expected to decide on forming an enhanced NATO Response Force for an effective and quick defense to deter any Russian agression.

Despite Russia's repeated denials, NATO and western countries accuse Moscow of deploying troops in eastern Ukraine and handing military supplies to the pro-Russian separatists fighting the Ukrainian army during the four-month conflict. The fierce conflict has killed at least 2,220 people and injured 5,956 since clashes began in April, according to the U.N. figures.

Discussions on tackling extremism in the Middle East will also take place, with a special focus on the threat from the so-called 'Islamic State' (IS), formerly known as the Islamic State of Iraq and the Levant, who already control parts of Syria and Iraq.

The group captured the northern Iraqi city of Mosul in June and then surged across the north, taking control of a number of predominantly Sunni cities. The IS involves in violent actions such as public demonstrations of severed heads of their victims and burning people alive including woman and children.

Also, the U.S. and the U.K. is due to raise the issue of increasing NATO defense budget with more support from the member states.

The summit is the first one the U.K. hosted since 1990, the fall of Soviet Republic.