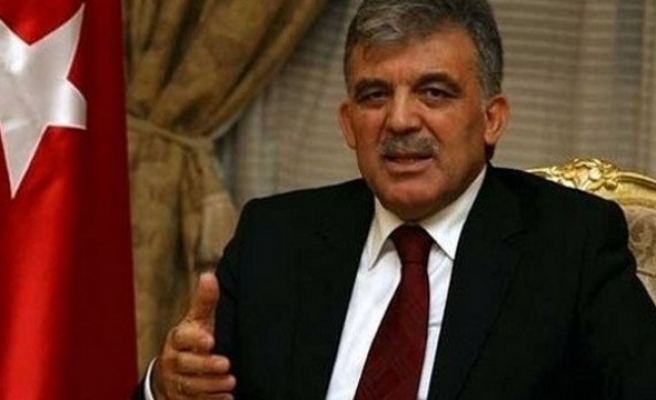 In a message sent to the new leader, Gul said that he had no doubts that the deep-rooted relations between Turkey and Egypt would continue, and sent his best wishes for the peace, stability and well-being of the Egyptian people.

His message to Egypt's new president marks a turning point in Turkish-Egyptian relations, which has been on the rocks since Sisi led a military coup to oust Egypt's first elected president Mohamed Morsi in July 2013.

Turkish Prime Minister Recep Tayyip Erdogan has been the most outspoken critic of the coup, which Sisi supporters prefer to call a 'military intervention' on behalf of the Egyptian people who had grown displeased just one year into Morsi's rule.

In November, Turkish Ambassador to Egypt Huseyin Avni Botsali left the country after Egypt downgraded its diplomatic relations with Turkey to the level of charge d'affaires and declared the Turkish ambassador a "persona non-grata."

The interim Egyptian government linked the decision to statements made by Turkish Premier Recep Tayyip Erdogan about Egypt's domestic affairs and his criticism of Egyptian authorities.

The Turkish Foreign Ministry also responded by downgrading diplomatic relations with Egypt to the level of charge d'affaires.