Turkish President says concerned over any attack on Iran 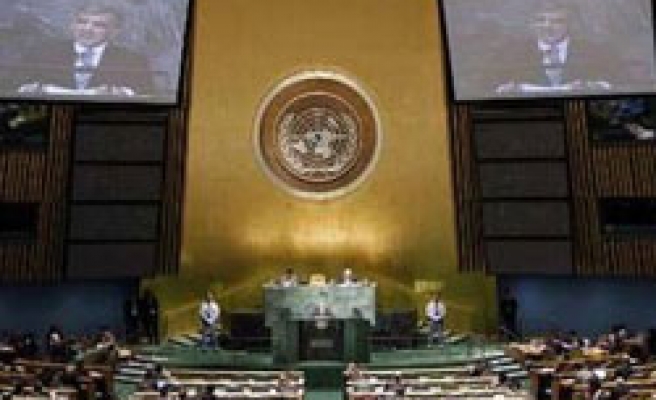 Turkish President Abdullah Gul on Wednesday expressed concern over a possible military attack on Iran, however said he believed a diplomatic solution could still be found.

"I don't say that there will be a war, but, yes, I am concerned. But we are all focused on a diplomatic solution and promising steps are being taken," Gul told the Charlie Rose show on Tuesday.

Gul said United Nations sanctions against Iran were binding on Turkey as well, adding that his country imposed the sanctions, submitting regular reports to the UN.

"But I think imposing sanctions is not the right way to get results. We have seen that it did not work out for Iraq," Gul said in response to a question whether the sanctions against Iran worked.

The Turkish president said Turkey had a capacity to facilitate a diplomatic solution to the problem.

"We can talk to the Iranians quite openly and frankly because we are their neighbors. We are in NATO and we have strong relations with the U.S.. We have the capacity to help settle the problem and we are doing our best to that end," Gul said.

Israel, which most experts estimate that it has at least between 100 and 200 nuclear warheads, often threatens to attack Iran.