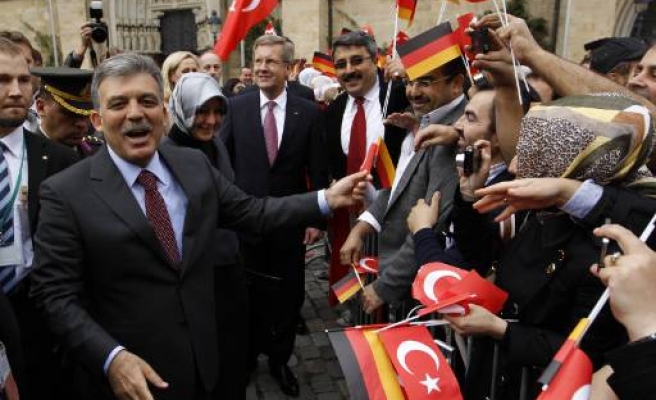 Turkish President Abdullah Gul on Wednesday said the German authorities were aware of the injustice made to Turks in the country's visa regime, adding German officials were set to take a step to ease visa procedures for Turkish nationals.

"Our talks here covered the most the visa problem. They gave their word to review this issue. And soon they will come to Turkey for further discussions," Gul told Turkish reporters in Stuttgart covering his Germany visit.

Gul said it was unlikely that Germany could remove visa requirement for Turks by acting on its own initiative but rather that move would need a resolution from the European Union.

"There are many court decisions in Germany and elsewhere in the EU that order for visa-free movement for Turks. It is completely unacceptable that citizens of Turkey, a candidate for full membership in the EU, face strict visa regimes while nationals of countries such as Serbia and all others in Balkans receive much more favorable conduct," Gul said.