Sources said that German officials wanted to cancel the event after bomb threat, but President Gul told them that he would either make this speech or return to Turkey. 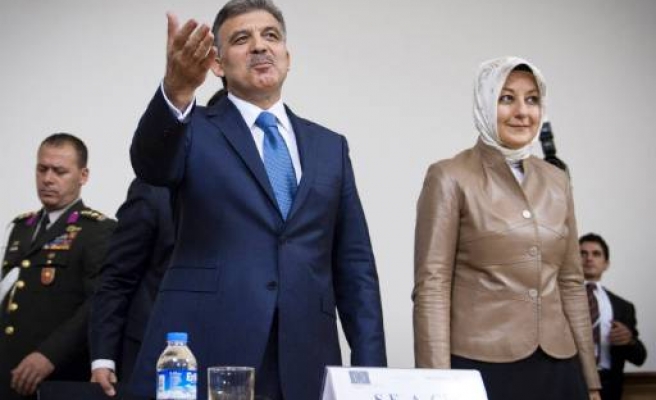 A bomb threat by pro-PKK protesters delayed a speech by Turkish President Abdullah Gul in Berlin on Monday, when German police evacuated the city's central Humboldt University just as he was due to speak.

Gul eventually gave an abridged version of his speech two hours later, to a limited audience.

Abdullah Gul said on Monday that Turkey would never bow to threats and blackmail.

Gul delivered a speech at Humboldt University in Berlin after two-hour delay due to a bomb threat.

President Gul said that 30-40 people who had connection with terrorist organization exploiting democratic atmosphere of Germany wanted to cancel the event, stating that he would never make concession to them.

No one must bow to blackmail and threats by terrorists, he said.

Sources said that German officials wanted to cancel the event after bomb threat, but President Gul told them that he would either make this speech or return to Turkey.

Berlin police spokesman Michael Gassen said the threat had been taken seriously, even though the telephoned warning had been difficult to understand.

At the start of his speech, Gul said Roj television, a Kurdish station, had been urging viewers all day to disrupt his visit to the university, on the Unter den Linden avenue.

Opposite the building, some 50 demonstrators chanted and waved banners in support of the Kurdistan Workers' Party (PKK) militant group and its jailed leader, Abdullah Ocalan.

Slight scuffles broke out as police struggled to contain a throng of people trying to enter the building to listen to the speech after the alert was called off.