A formal ceremony was arranged for Gabon's President Ali Bongo Ondimba at Cankaya on Wednesday. 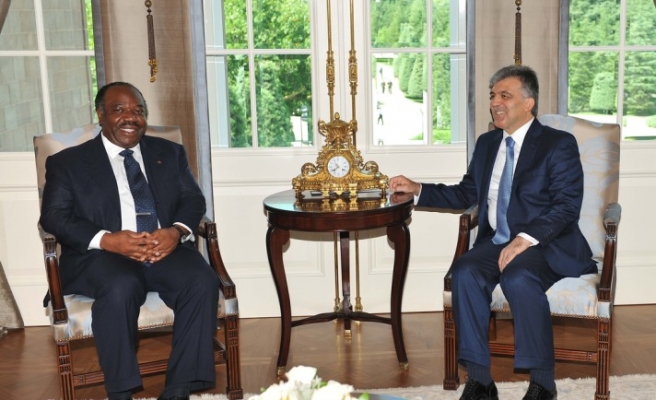 Following the meetings between Turkish and Gabonese delegations, the two presidents will sign several agreements and hold a joint press conference.

Gul will also host a dinner in honor of Ondimba.

On Thursday, Confederation of Turkish Industrialists and Businesspeople (TUSKON) will host Ondimba in a meeting in

Istanbul which will gather Turkish and Gabonese businessmen.