Moreover, an initiative launched by Turkish youngsters, named the "July 16 Youth Movement", has announced that it would build 10 water-wells in Somalia. 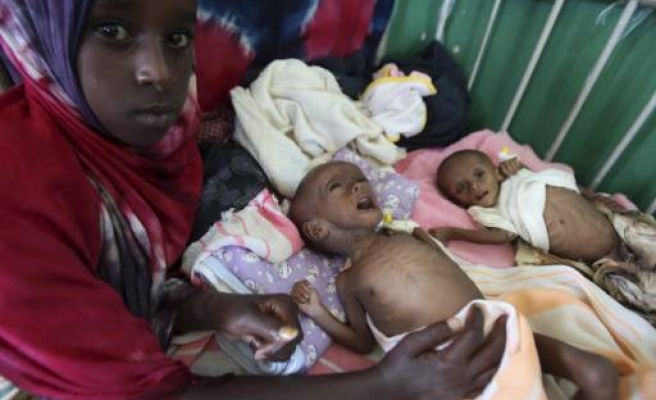 The head official of Turkish Red Crescent (Kizilay) said on Thursday that Somalia was currently struggling with a major humanitarian tragedy.

Holding a press conference in the Black Sea province of Trabzon, Kizilay's President Tekin Kucukali said, "It is unacceptable that people in Somalia keep dying of starvation while the rest of the world live prosperously".

Kucukali said one of the main duties of his organization was to help people in need, and in line with such responsibility, Kizilay had been conducting activities in Africa in the recent term.

Pointing to the 5 million people living on the verge of death in Somalia, Kucukali said Kizilay would send 4 planes loaded with humanitarian aid to this country starting from the weekend.

He said humanitarian aid ships would also be sent to Somalia in coming days.

A statement released by Kizilay on Thursday also said that the first part of the humanitarian aid materials to be sent to Africa would be transferred by air.

The statement said aid packages to be delivered to Somalia, Djibouti, Ethiopia and Kenya would mostly comprise of food for infants, milk powder, biscuits, legume, rice, wheat and vegetable oil.

Moreover, an initiative launched by Turkish youngsters, named the "July 16 Youth Movement", has announced that it would build 10 water-wells in Somalia.

Releasing a statement on Thursday, the movement called on the Muslim community to help Somali people get over the drought and hunger disaster.