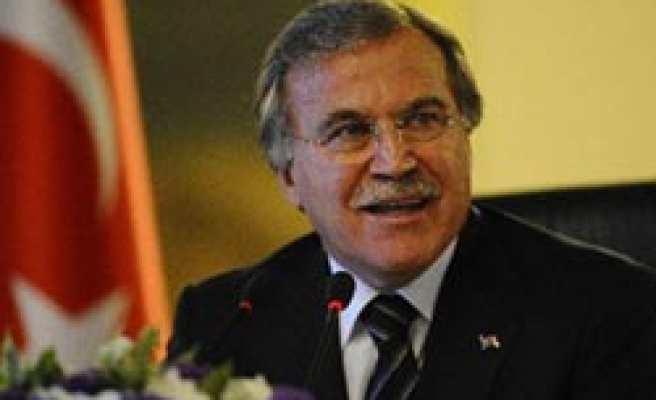 Sahin met with representatives of Turkish associations in Germany, and answered their questions.

Commenting on the news claiming that meetings had been held with PKK, Sahin said that those news were completely wrong, adding that Turkish soldiers would not lay down arms.

Sahin said that Turkey had lost 300 billion USD in fight against PKK so far, adding that if that money had been used for Turkey's development, Turkey would have been one of the top ten strongest economies of the world.

Upon a question about double citizenship, Sahin said that the Republic of Turkey did not have any problem about this issue, however, there was no such an implementation in Germany, adding that Turkish and German interior ministers discussed this issue and they had similar views.

Regarding Turkey's EU membership process, Sahin said that Turkey was determined to pursue negotiations even though several EU states blocked a part of 35 chapter headings due to their domestic politics and prejudices.

Sahin said that political parties were in consensus regarding Turkey's EU membership, adding that this process was also supported by Turks living abroad, and they were exerting efforts to remove some prejudices in EU countries against Turkey.

He also said that he would discuss with the president of Higher Board of Election the issue of Turks' --who were living abroad-- casting votes in Turkey when he returned to the country.

Sahin invited Uhlenberg to Turkey, and expressed hope that they would further develop the relations.

Uhlenberg said that they wanted to pursue good relations between Turkey and North-Rhine Westphalia, adding that there would be Turkish-German Parliamentary Group in the new term of the parliament, and it would contribute to develop relations.

Parliament Speaker Sahin will return to Turkey on Monday.