Turkish Parliament Speaker Sahin said that Israel should apologize from Turkey for its troops killing 9 activists in attack on Mavi Marmara ship. 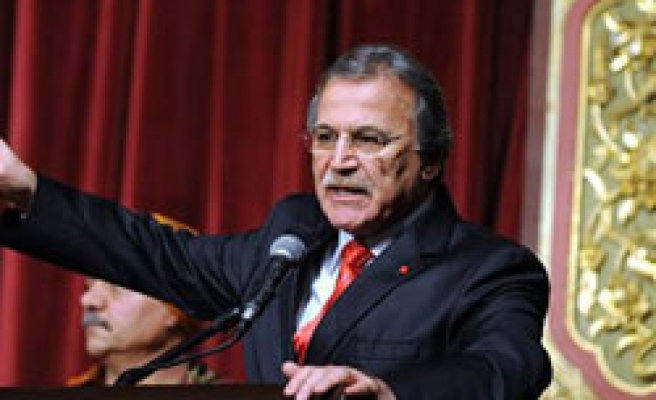 Turkish Parliament Speaker Mehmet Ali Sahin said on Thursday that Israel should apologize from Turkey and accept to pay compensation to the relatives of those who were killed in Israel's attack on Mavi Marmara ship.

Sahin who attended the opening of an international symposium titled "The Changing Role of Parliaments in the Budget Process: Experiences of PUIC Countries and EU Member States" in the central Anatolian province of Afyonkarahisar, later responded to the questions of reporters.

"The report reaffirms what Turkey has been saying. Israel should apologize from Turkey and accept to pay compensation to the relatives of those who were killed in the attack. The world public is expecting it from Israel," Sahin said.

Nine people, including eight Turkish and one U.S. citizen of Turkish descent, were killed when Israeli forces raided a Gaza-bound aid flotilla in international waters on May 31. Around 30 people were wounded in the attack.