A delegation comprised of 170 people including experts of several Turkish institutions and ministries are visiting Somalia with initiatives of Turkish International Cooperation and Development Agency. 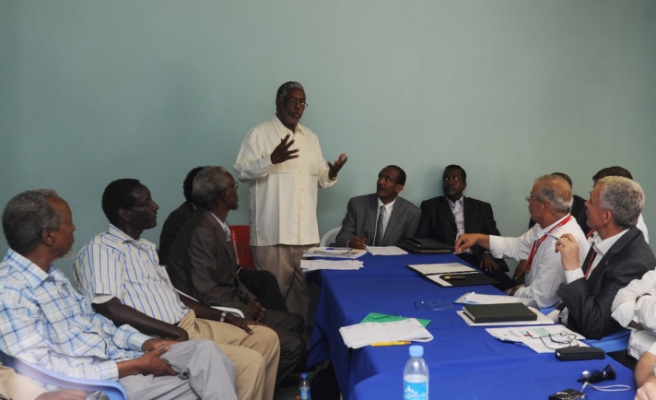 A delegation comprised of 170 people including experts of several Turkish institutions and ministries are visiting famine-stricken Somalia with initiatives of Turkish International Cooperation and Development Agency (TIKA). The Turkish team had talks with Somali officials. Somali Prime Minister Ali also attended a part of meetings.

Ali recalled that Erdogan paid a visit to Somalia last month and his visit made everyone happy. Ali said that his visit started a new period in Somalia. "The world started to look at Somalia from a different point of view after Erdogan's visit. Premier Erdogan's visit gave hope to everyone in our country," he said.

TIKA Chairman Serdar Cam said that he was pleased to be in Somalia and this was his third visit to Somalia within the past one and a half months.

Cam said that Erdogan's Somalia visit was of great importance for this country. "Turkish people will get together with Somali people more often from now on," he said.

Cam said that they were ready to exert efforts to make Somalia one of the most beautiful countries in the world.

Although Mogadishu Airport's runway was in good condition, the airport had some problems, he said. "If problems are solved, we will start flights to Mogadishu," Kotil said.