One of the tourists told reporters at Istanbul's Ataturk Airport that they went to Israel to visit Jerusalem on the third day of the Ramadan Feast. 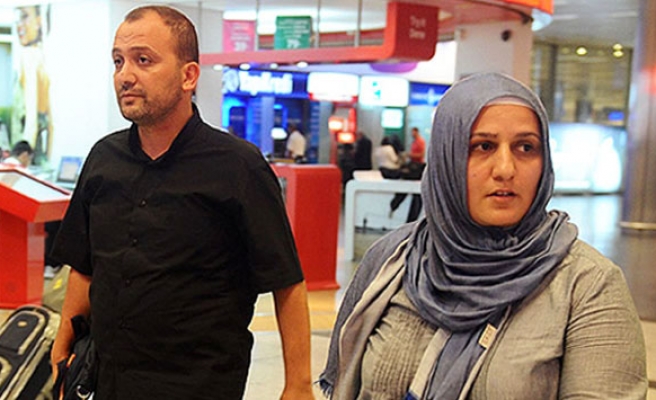 Turkish tourists who went to Israel during the Ramadan Feast have complained about maltreatment in Israel.

One of the tourists told reporters at Istanbul's Ataturk Airport that they went to Israel to visit Jerusalem on the third day of the Ramadan Feast.

"When we arrived at the Tel Aviv Airport to return to Turkey, Israeli security forces kept me and some of my friends waiting for a long time. They asked about detailed personal information including our e-mail addresses, mobile phone numbers, our marital status and even number of our children. They checked our luggage many times. Then, we were subject to body search. They forced us to take off every clothes on us. They also searched Turkish women in those special rooms. Only Turkish tourists were subject to such a hostile treatment," he said.

"On the way back to Turkey, our plane had to make an emergency landing at Antalya Airport since one of the tourists got sick after that treatment in Israel," he added.

Eyup Ansar Ugur, guide of the group, said, "there was a different treatment against Turkish people. Our luggage was rummaged by Israeli security officials for many times. Since search of our luggage took so long, our flight was delayed. Some Turkish people catched the plane at the very last moment. One of them got sick at the plane and our plane made an emergency landing in Antalya."