Turkey on Friday said it was sending a senior official, Feridun Sinirlioglu, to Iraq to seek closer cooperation in the fight against PKK militants. 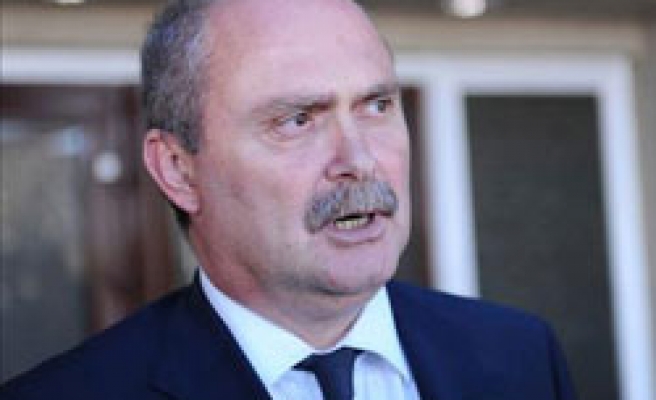 Turkey on Friday said it was sending a senior official, Feridun Sinirlioglu, to Iraq to seek closer cooperation in the fight against PKK militants. Sinirlioglu will travel to Baghdad on Saturday and will also visit Irbil, the capital of the Kurdish autonomous region in northern Iraq.

Selcuk Unal, spokesman for the Ministry, told a press briefing in Ankara, "Undersecretary Feridun Sinirlioglu will travel to Baghdad on Saturday to hold talks with Iraqi authorities as part of regular consultations between Turkish and Iraqi ministries. He will proceed to Irbil later. His talks will focus on Turkey-Iraq relations as well as fight against terrorism."

The announcement coincided with a visit by the country's military chief, Gen. Necdet Ozel, to a military unit located near the southeastern city of Hakkari, close to the Iraqi border. Authorities have denied media speculation of a possible cross-border offensive.

This week, Iraqi Kurdish leader Massoud Barzani has urged the militant Kurdistan Workers' Party (PKK) and its Iranian wing, the Party for a Free Life in Kurdistan (PJAK), to end attacks on Turkish and Iranian targets from Iraqi bases.

"We are in a difficult situation because there are two countries [Iran and Turkey] telling us to control our borders in order to avoid problems," Barzani said on Tuesday, speaking at a meeting with representatives of the Iraqi Kurdish administration to foreign countries. "But we are afraid to send forces to the borders for fear of a Kurdish-Kurdish war," he continued.

"The PKK and the PJAK are not taking the situation in the Kurdish region into consideration," Barzani said. "I call on the two sides to abandon the idea of achieving their rights via military means."

"We are now working with [Iraqi] President Jalal Talabani, Turkey, Iran, PJAK and the PKK, and we are about to reach a solution to stop the war," Barzani said, without elaborating.

"If we succeed, it will be a great service to the people of Kurdistan, Iran and Turkey, and if not, we will not be part of the war."

The PKK uses its mountain bases in northern Iraq to launch attacks on Turkey. Turkish warplanes have been bombing PKK targets since late last month after the militant group intensified its attacks, killing dozens of Turkish soldiers in the past two months.

A PKK offshoot, PJAK has been involved in armed clashes with Iranian forces in recent years. Iranian officials said on Monday that at least 30 PJAK members had been killed in fighting near the Iraqi border.